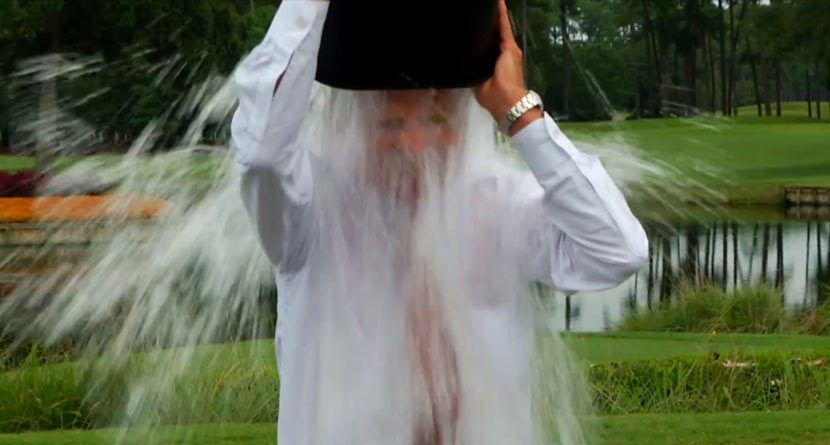 The “Ice Bucket Challenge” to benefit ALS (amyotrophic lateral sclerosis, commonly known as Lou Gehrig’s disease) research has been making its way around the Internet for what seems like months now. Already a massive success, the challenge has raised $15.6 million so far with no real signs of stopping. What first spread like wildfire through the PGA Tour has come full circle, reaching PGA Tour commissioner Tim Finchem and U.S. Ryder Cup captain Tom Watson.

At the beginning of his video, Finchem acknowledges former tour pro Jeff Julian, who passed away due to ALS in 2004, and Bruce Edwards, who also succumbed to the disease in ’04. With them in mind, Finchem discarded his jackets and let the ice flow, calling out Johnny Miller, Dan Hicks and the yet-to-be-discovered winner of the FedExCup:

Tom Watson’s video was one of the best yet, partly for creativity and partly because of its heartfelt nature. The aforementioned Edwards was not only Watson’s caddie, he was one of his best friends. Since his passing a decade ago, Watson has raised money without the help of the “Ice Bucket Challenge” to benefit ALS research. With the help of a bucket loader, Watson and his wife, Hilary, took the challenge and called out the entire 2014 U.S. Ryder Cup team and the players’ wives and girlfriends:

As the amount raised continues to climb, somewhere Julian and Edwards are smiling. Hopefully the fun and generosity will continue for a long time to come.