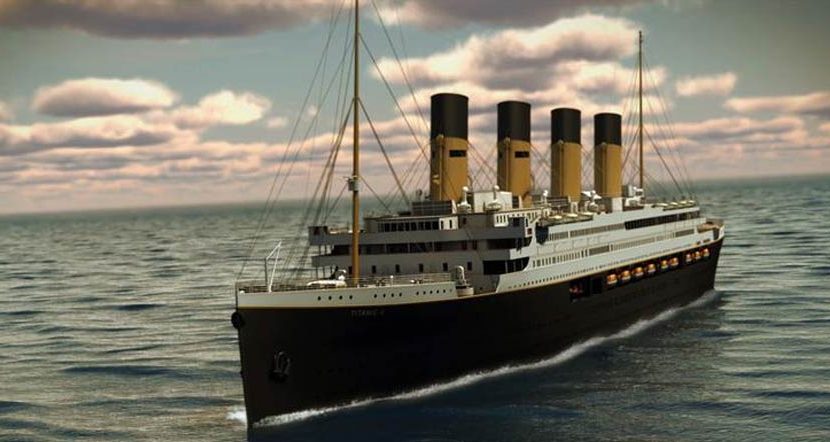 From the man who brought animatronic dinosaurs to the host site of one of Australia’s three biggest golf tournaments soon will come an opportunity to cruise on a resurrected copy of a star-crossed vessel.

Clive Palmer, Australian mining magnate, announced his Titanic II will set sail in 2016 along the same intended path the original ship took before it sank in 1911. The new ship is an exact replica of the original Titanic and will carry 2,600 passengers in 850 rooms from Southampton, England.

The ship’s amenities will be somewhat modernized for the century that has passed since the first Titanic set sail, but not too modern.

“The area [for] passengers will be authentic with the same design and facilities, but there will be modern things such as air conditioning and other features we are debating, such as Internet on the ship,” Palmer said at a Tuesday news conference to announce his plans.

Palmer also intends to keep first-class passengers separate from second and third class stowaways. All will be given of-era costumes to wear as part of their fee to set sail on the Titanic II.

Though superstition is a natural thought to creep into the mind of anyone associated with the new vessel, Palmer does not seem too concerned of a repeat tragedy.

“Anything will sink if you put a hole in it,” said Palmer. “I’m not super-superstitious. We are staying true to the original Titanic and a lot of those designs and full experience that never saw the light of day, but there will be some updates too.”

The Palmer name may ring a bell for golf fans. He is the owner of the Coolum resort that had hosted the Australian PGA Championship through 2012 — that is, until Palmer decided to erect Jeff, a 26-foot-tall animatronic dinosaur as the first of 150 he would put on the property.