Tom Brady Is Having One Hell Of An Offseason 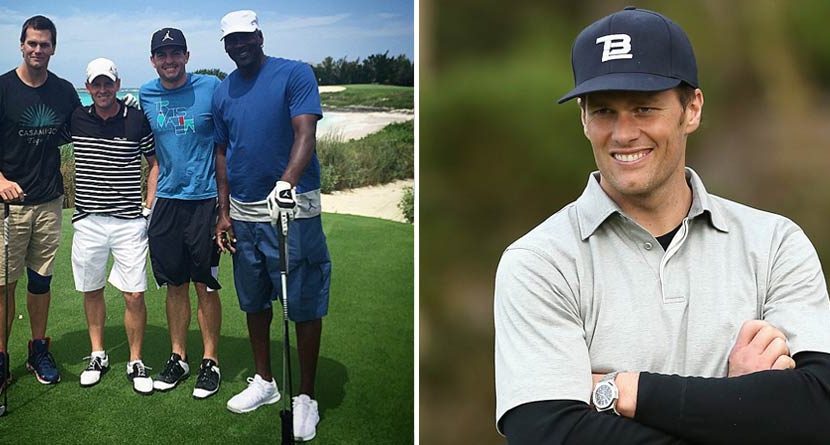 It’s safe to say New England Patriots quarterback Tom Brady is enjoying his time off. I’ll also point out that he may very well be one of the most entertaining athletes on social media. No, I’m not saying this because I’m from New England, nor am I a Pats fan, but the guy’s Facebook posts are pretty freaking good.

Last week, Brady was in Baker’s Bay where he and Michael Jordan took part in a game of pickup basketball against PGA Tour players Keegan Bradley and Luke Donald. Luckily, someone was there to capture some of the action. Here’s a look at the highlights:

Brady’s got some game, huh? Well, we’re not sure if a one-on-one game broke out afterwards but apparently Jordan’s crossover put Brady in a full body cast. Yeah…Happy April Fools’ Day!

Earlier in the day, the group also teed it up where’s it unknown who took home the money or how many balls ended up in the bay, but Luke Donald did note that he “couldn’t stop smiling the whole way round.”

Oh what I would do to caddie for that group. I probably would’ve ran to the pro shop real quick to get Mr. Brady some more suitable clothes too, but hey, who’s going to tell a 4-time Super Bowl champ to abide by the dress code.

Here’s a look at a few other highlights from Brady’s offseason:

Someone please dig me out before training camp!

I have finally emerged… And found the culprits!