Brady Compares Himself to Tiger After Victory 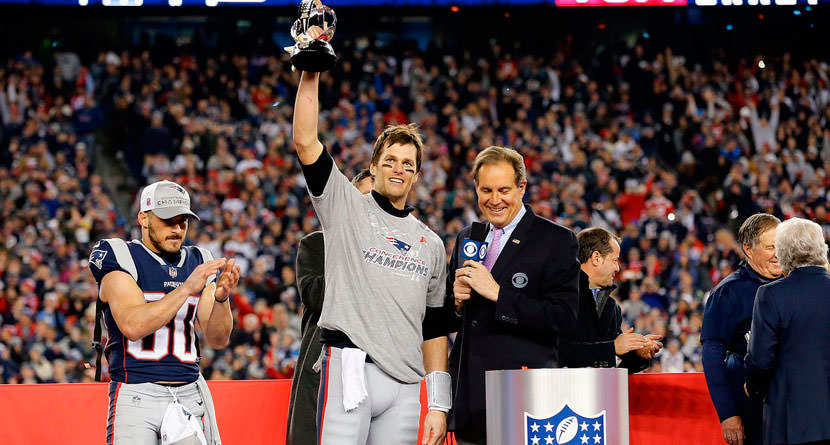 Tom Brady and Tiger Woods are two names you don’t hear compared very often unless the topic is the best all-time players in their respective sports, but fresh off Brady’s Patriots winning the AFC Championship game on Sunday evening, the New England signal caller likened his performance to that of Woods.

(Brady’s) response invoked the name of a certain 14-time major winner, something that would be tough to pull off, if not for the fact that he is, you know, Tom Brady.

“I think it’s kind of arrogant to say it bothered me when we had a pretty good game, so I wouldn’t say that,” the 40-year-old told reporters after the game. “It’s like when Tiger Woods said, ‘That was my C game’ and he won the tournament.”

Tom Brady, postgame, on wearing the wrap on his hand: “I think it’s kind of arrogant to say it bothered me when we had a pretty good game, so I wouldn’t say that. It’s like when Tiger Woods said, ‘That was my C game’ and he won the tournament.”

Tiger Woods winning with his “C game” may be a distant memory for golf fans, but no matter what game he brings, his next chance to win comes next week at Torrey Pines during his official comeback to the PGA Tour.

Brady has a shot at his sixth Super Bowl title in two weeks. The Patriots would probably benefit from him bringing a little better than his “C game” as well.

As for Tiger, he’ll try to knock off the build up of competitive rust this week at Torrey Pines as he makes his first full-field PGA Tour start in a year.