10 Most Exclusive Golf Courses in America 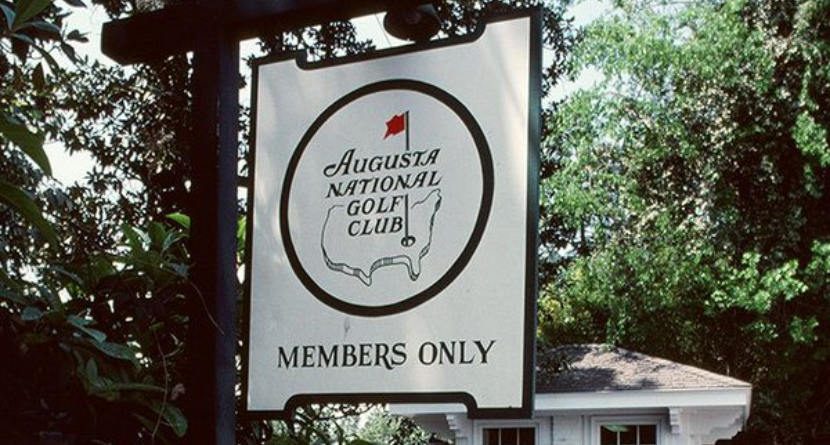 All golf courses are not created equal. While some of the best courses allow the public to play such hallowed grounds as Pebble Beach or Pinehurst No. 2, there are a few that not even money, nor a level-five security clearance will allow you access to.

Here is our list of 10 of the most exclusive golf courses in America that you’ll wish were possible for a surprise Father’s Day gift.

Located in Greenwich, Connecticut, Round Hill has an extensively long wait list to become a member. This is due in part to the Bush family’s ties to the course. Prescott S. Bush once served as the Club’s president. He is the father and grandfather of the two respective former presidents. See it here.

A post shared by Sherman Chu Photographer (@shermanchuphotographer) on Apr 25, 2018 at 2:19pm PDT

Located in Pebble Beach, California, Cypress Point’s locker room has the name of all 250 members engraved on their wooden lockers. Notable members include the great Clint Eastwood and Charles Schwab. Cypress Point splits total operating costs evenly among the members, regardless of whether they even played that year. Click to learn more.

It is only right that America’s first country club is named “The Country Club.” Located in Brookline, Massachusetts, it is one of the five founding members of the USGA and has hosted 16 PGA events and the Ryder Cup. There are 1,300 members and 27 playable holes. Find out more.

Bighorn is a residential golf community, which means you need to own a property there to be a member. It is situated in Palm Desert, California, and the initiation fee is around $325,000. Despite not owning properties, golf greats Arnold Palmer and Payne Stewart used to frequent the course in their day. Here it is.

This iconic course located in the Hamptons’ most notable feature is the giant windmill overlooking the 16th and shown in the above picture. Founded by a group of Wall Street executives, this course has earned the nickname “America’s Snootiest Golf Course.” Membership fees reach into the hundreds of thousands. One of their most notable members is Pink Floyd’s own Roger Waters. Check it out.

The pacific island views you’ll have from this course off of the Big Island of Hawaii will truly take your mind off of anything that isn’t golf. The clubhouse was designed to replicate the five volcanoes also located on the island, and the service is said to be world-class. Membership is by invitation only, and this course is even difficult to find by GPS. Find out more.

You must be a guest at an MGM resort to play the man-made course at Las Vegas’ Shadow Creek Golf Club if you aren’t a member. A limousine will give you round-trip service from your hotel, but if a big-name celeb is in town you might get bumped from your tee-time. Check it out.

Located in New York, Fisher’s Island offers a view of the ocean on every hole. Part of the reason why it is so exclusive is that its location isn’t the most convenient. Unless you have a private plane or can take the ferry from New London, Connecticut, Fisher’s Island is probably not for you. This course also consistently ranks among the top courses in the world. Check it out.

Something to get us through these last couple days before the holiday weekend…..Augusta never gets old. —————————————————-#beautifulgolfcourses #augustanational #themasters #golf #pga365 #pgatour

A photo posted by Beautiful Golf Courses (@beautifulgolfcourses) on Jun 30, 2016 at 6:59am PDT

It should be no surprise that this course rounds out our list. The host of the Masters each year has the desk of former member and president Dwight Eisenhower in the clubhouse, and currently, only 300 people have the right to say they are a member. There is not even an application process to join…if you are worthy of being a member, Augusta National will contact you. Check it out.