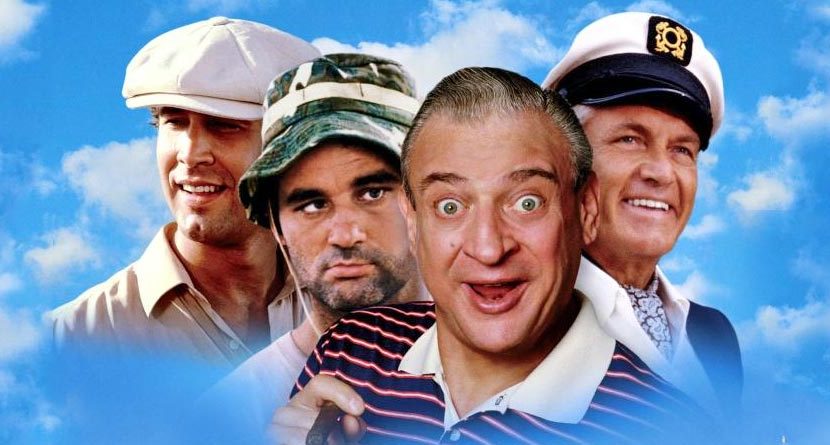 You don’t have to be in your 40’s to appreciate the wonderfulness that is “Caddyshack.” Heck, you don’t even need to be a golfer. The legendary golf comedy that gave us memorable quote after memorable quote; joke after joke, turns 34 years old this week.

In honor of the film that made so many of us laugh and gave us all precious fodder for golf course gamesmanship, here’s a look at the 11 best moments from the classic, “Caddyshack.”

“Spaulding, get your foot off the boat!”

“I don’t think the heavy stuff is going to come down for quite a while.”

“A donut with no hole is a Danish.”

“The world needs ditch diggers too.”

“Hey! Lama, how about a little something, you know, for the effort?”

“I was unavoidably detained.”

And if all these great moments have got you craving more “Caddyshack,” here’s a behind-the-scenes look at the making of the movie with interviews and commentary by those who made it, including Ramis.

Whether you’re a film buff or a casual fan, you’ve probably seen and fell in love with one of Ramis’ masterpieces. Truth is, there’s a good chance something he wrote, starred in or directed has played a major roll in your development as a person. You might think that’s a little exaggerated and, sure, for some, it is. But if you ever went trick-or-treating as a Ghostbuster, or forced your girlfriend to watch “Stripes” or you know every single line to “Groundhog Day,” then Harold Ramis impacted your life indelibly. He will be widely missed.

If you’re a golfer, your tie to Ramis is a particularly strong one. Ramis co-wrote and directed the classic golf comedy Caddyshack, which almost all duffers know by heart and quote the way some people reference “Seinfeld” or “Saturday Night Live.” The comedic genius that poured out of Ramis and into his product is undisputed. His resume is the cinematic and comedic equivalent of The Beatles or the Rolling Stones in music, and reads (mostly) like a greatest hits list. If someone ever needs to be reminded of it, just pop in their copy of “Caddyshack.”