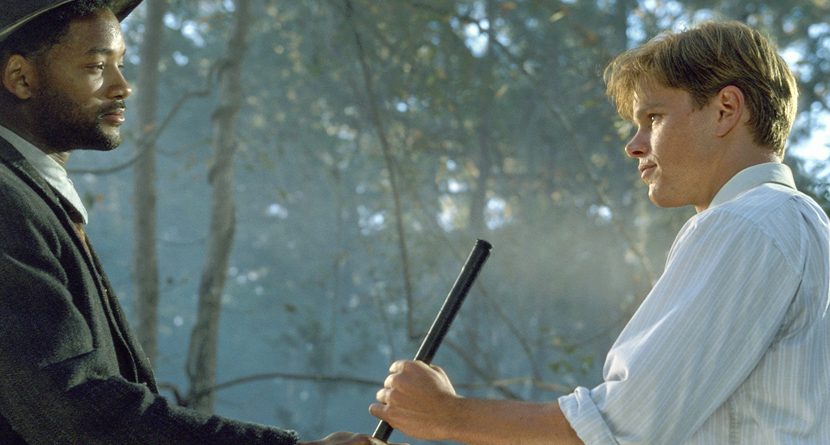 Golf is a serious sport? Tell that to Hollywood. These golf movie quotes show how much fun movie makers have with the game of golf. Neil Helsper shares a few of his favorite lines from some of the best golf movies of all time.

9. Sideways: “Oops, look out.”
Miles (Paul Giamatti) sarcastically warns another group as he hits their errant shot back at them in Sideways. It’s the fantasy of every golfer who’s ever been hit into—although Miles probably deserved it at the rate he was playing.

8. Swingers: “Dead heat after one hole. This is turning into quite a rivalry.”
Mike (Jon Favreau) and Rob (Ron Livingston) play some hilariously bad shots on an L.A. par-3 course in Swingers, each carding an 8 on the first hole. Watch this scene to learn how NOT to hit a pitch shot. Or a sand shot. Or a 12-foot putt.

7. Caddyshack: “Gambling is illegal at Bushwood sir, and I never slice.”
Judge Smails (Ted Knight) dooms himself to a certain slice as the snobs take on the slobs in the classic Caddyshack.

3. Animal House: “Don’t think of it as work. The whole point is just to enjoy yourself.”
Misfit frat boys Otter (Tim Matheson) and Boon (Peter Riegert) take target practice at an abusive ROTC instructor in the timeless Animal House.

2. Tin Cup: “It’s alive, this swing, a living sculpture! And down through contact, always down, striking the ball crisply, with character. A tuning fork goes off in your heart and your balls.”
Teaching pro Roy McAvoy (Kevin Costner) explains the golf swing to student Molly Griswold (Rene Russo) on a dusty West Texas driving range in Tin Cup.

1. Caddyshack: “So we finish the eighteenth and he’s gonna stiff me. And I say, ‘Hey, Lama, hey, how about a little something, you know, for the effort, you know.’ And he says, ‘Oh, there won’t be any money, but when you die, on your deathbed, you will receive total consciousness.’ So I got that goin’ for me, which is nice.”
Golf cinema’s most famous caddie, Carl Spackler (Bill Murray), corners another young looper with a story in Caddyshack.