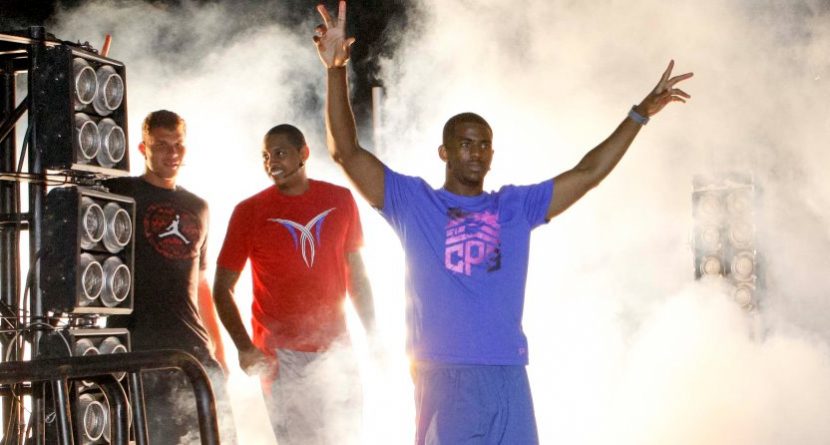 When basketball legend Michael Jordan started his Air Jordan equipment and apparel line, it was originally meant to be a company focused on sponsoring emerging NBA talent. Over the years, the brand’s client roster has spread into other sports, such as the NFL, MLB, NASCAR, and now professional golf.

Here is a list of nine top athletes who have been part of the Jordan Brand over the years.

Keegan Bradley: The PGA Tour star made history in 2014 by signing on as the first ever Jordan Brand golfer. While Bradley’s career is still very young, he already has a major championship under his belt. When teamed with Phil Mickelson, Keegan is also a fan favorite to watch in match play competition.

Blake Griffin: When he’s not leaping over defenders with the greatest of ease, this L.A. Clippers superstar is whetting his acting whistle in television commercials and special guest star appearances. Griffin was the No. 1 overall pick in the 2009 NBA draft and is a household name across the country. Carmelo Anthony: Without a doubt one of the most lethal scorers in NBA history, Anthony has wowed fans in Denver and New York for more than a decade. The former Syracuse standout has blossomed into an all-time great on basketball’s biggest stage. Andre Johnson: The Houston Texas wide receiver is a must-have for any fantasy football roster, thanks to his incredible statistical outputs every NFL season. Johnson is also a class act off the field, contributing often to numerous charities around the country and buying Houston-area children presents every Christmas. Chris Paul: As a teammate with fellow Jordan brand athlete Blake Griffin, Chris Paul is one of the greatest NBA point guards you will ever see. He also serves as the president of the NBA Player’s Union when he’s not breaking ankles on the court. Dwayne Wade: The Miami Heat superstar may be nearing the end of his career, but not before winning three championships for what was once a desolate basketball franchise. Despite leaving the Jordan Brand in 2012, Wade will forever be one of the best to don the Jumpman. Ray Allen: Do you really think I wouldn’t include the Back9Network’s own Ray Allen on this list? The current Miami Heat shooting guard is arguably the best shooter in NBA history, holding the record for most 3-pointers made. Derek Jeter: The New York Yankees legend will retire later this year, but only after accumulating a baseball resume that rivals the best players of all time. He is a 13-time all-star, five-time Gold Glove winner, five-time Silver Slugger winner, and a five-time World Series champion. Not bad.