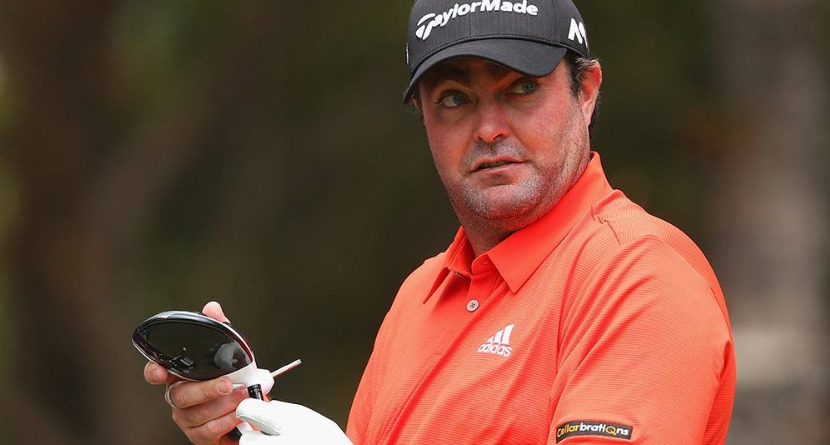 PGA Tour professional Steven Bowditch took to Twitter over the weekend to put a heckler (troll) in his place. @Bowdo83, as he’s known on Twitter, has struggled mightily since winning last year at the AT&T Byron Nelson missing 15 cuts this year.

Nonetheless, he’s always kept a unique sense of self-depreciating humor, especially on social media where literally everybody has an opinion. In fact, it’s been a running joke almost every time he goes out if he’s going to break 80. One such troll kept giving Bowditch a hard time, going so far as to say he could beat Bowditch on the course.

First, Bowditch gets called out by a kid named Charlie.

The next day, Bowditch challenges him to a match.

There were a few deleted tweets on the heckler’s end, but they settle on a course. Bowditch then asks what his handicap is and is clearly not impressed.

@Charliecroas dude really? A 9? All your shit talking and your a 9? What are we playing for then?

He then reaches out for a partner…

Ok it’s on. This spoilt rich punk has a partner. I’m looking for mine.. Tomorrow afternoon in Dallas.. Any takers?

…and another PGA Tour pro, Colt Knost, offers his services.

Bowditch obviously wants to teach this kid a lesson.

To nobody’s surprise, the kid never showed up.

And that’s how you do it in the pros.