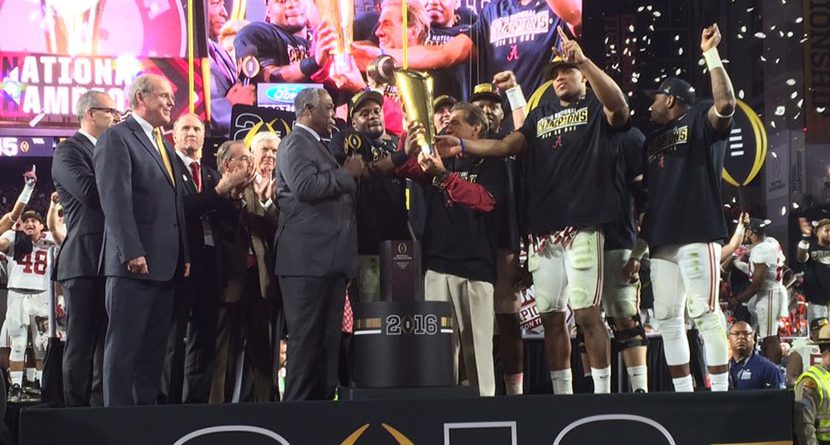 From invested alumni to casual fans, the College Football National Championship had something for everybody and professional golfers were no different. Already a raucous bunch of football fans, PGA Tour players got in on the action Monday night to offer their own brand of commentary to the proceedings.

Among the most interested were the those with ties to the competing schools, Clemson University and the University of Alabama, both of which are well represented on Tour.

Here are the players from #Clemson and #Alabama with @PGATour status in 2015-16. pic.twitter.com/JtVTadld0j

Here’s what some of them had to say before, during and after Alabama’s 45-40 victory.

Excited to watch this National Champ game! Think it’s going to be a good one. But I’ve got Bama pulling the W out! #24-17

Who’s going to be our National champion @AlabamaFTBL or @ClemsonFB? Good game!!

Looks like we’ve got a shootout! It’s already the Derrick vs. Deshaun show! #CFP #CFBChampionship

What a game.. Tough bowl season viewing this year. No complaints tonight!

Would love to see Derrick Henry keep piling on the yards against Clemson all night!! #NationalChampionship

The guy who just won a tourney by 8 strokes is lamenting the lack of close games. Good one, Jordan https://t.co/ciHAi547IY

What a game. Never been so nervous watching a game in my life haha. Amazing year for the tide..Congrats on ANOTHER natty! #bama #nattychamps

Deshaun Watson MVP!! That was incredible. Congrats to Bama!