Tour Stops: Outside The Ropes At Maui’s Hyundai Tournament Of Champions 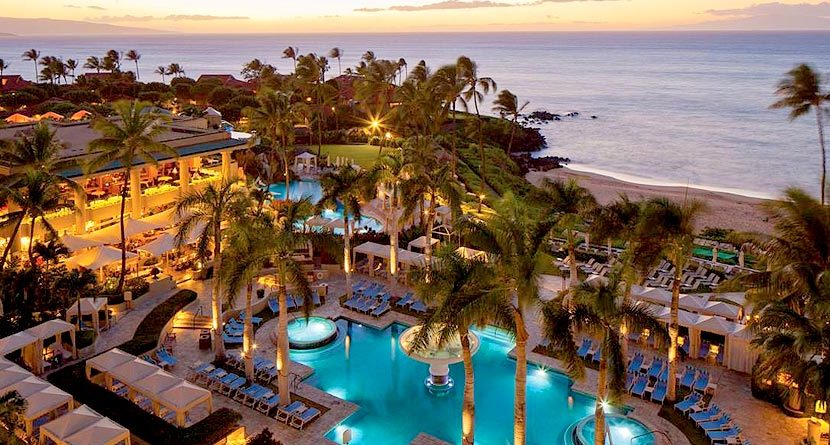 Welcome to Tour Stops, Back9Network’s in-depth look at the best restaurants, bars, events and more at each PGA Tour stop. For outside-the-rope-access to living the golf lifestyle where the pros are, follow Tour Stops throughout the season.

The PGA Tour returns to kick off the new year at the Hyundai Tournament of Champions, the first event of 2015. It’ll be held in sunny Kapalua, Hawaii, featuring a field of players including Billy Horschel, Hunter Mahan, Bubba Watson, and defending champion, Zach Johnson.

You can bet the players are anxious to tee it up at Kapalua Resort after a few weeks off for the holidays, and let’s be honest … who wouldn’t love to play four rounds of golf in Hawaii?

If you’re so lucky to be attending the tournament, we’ve got the places you need to check out while in paradise:

Staying in Hawaii, specifically Maui, can get expensive. Hotels aren’t exactly cheap, but that’s why you’re there, right? To treat yourself to an experience unlike anything in the continental U.S.

For the best of the best, the Four Seasons Resort offers everything you could ask for during your stay. It’s rated the No. 1 hotel in Maui, and for good reason. Many of the rooms are oceanfront, featuring breathtaking views and balconies to relax on. Among all the traditional amenities, Four Seasons provides guests with snorkeling gear, canoe paddling programs, and transportation to all destinations in Wailea. That is, if you ever want to leave the resort — which you may not want to do.

For a less expensive option, the Ka’anapali Beach Hotel will still give you views of the ocean and a pool to relax in. With all the money you’re saving by staying here, you can put it towards playing a few extra rounds of golf.

In addition to a huge lineup of drinks, the menu is loaded with all the pub favorites like burgers, fries, and sandwiches. All the fish is caught fresh off of the shore of Maui, meaning you’re getting the freshest seafood possible.

When in Hawaii, eat some seafood. For the best mix of land and sea in the area, Lahaina Grill is the place to go. It’s been rated the best restaurant in Maui for 22 years running by the Honolulu Magazine reader’s poll and is a top-25 restaurant in the U.S., according to TripAdvisor.com.

If you’re not in the mood for fish, there’s plenty of “turf” to go with the “surf.” The menu features everything from a center cut 7 oz. filet mignon to sautéed local mahi-mahi. Just plan on going for dinner as the restaurant doesn’t open until 5:30 p.m.

Where To Play: Wailea Golf Club

After watching the best players in the world tee it up at Kapalua Resort, you’re sure to get the itch to play a round yourself. Thankfully, the island of Maui has plenty of courses where you can get your fix in. Wailea Golf Club is a good choice, with three tracks to choose from on location.

Those three would be the Gold, Emerald, and Blue courses. Each hole on the three courses feature incredible views of the ocean and Maui coast, giving you great photo opportunities for Instagram and Facebook.

If you’re on the island for a few days, Wailea Golf Club offers a three-day unlimited golf pass for $510. By the looks of the course, you can’t possibly play too much golf.

But if you’re looking to just play a round or two, several different rates are available, ranging from $99 to $235.

Aside from laying out on the beach all day, watching golf, and getting the world’s best suntan, there’s plenty to do in Maui. Whether you’re into theater shows or checking out aquariums, there’s probably something for everyone.

Here are a few local attractions to visit:

The Maui Ocean Center is entertainment for the whole family. Check out an array of marine animals such as sharks, turtles, fish, and more to go along with a few spots to grab a bite to eat.

Catch a show at the Maui Theater while on the island, ranging from the highly-touted “Ulalena” to “Burn’n Love,” a tribute to the late Elvis Presley.

For something a little more outdoorsy, taking a hike along the Pipiwai Trail will be perfect. The four-mile hike takes you through forests with freshwater streams and waterfalls, with an 800-foot elevation along the way. If you’re wondering whether or not to make the trek, check out some of these reviews calling it “one of the most unique hikes of my life.”