Tour Stops: Outside The Ropes At The Hero World Challenge 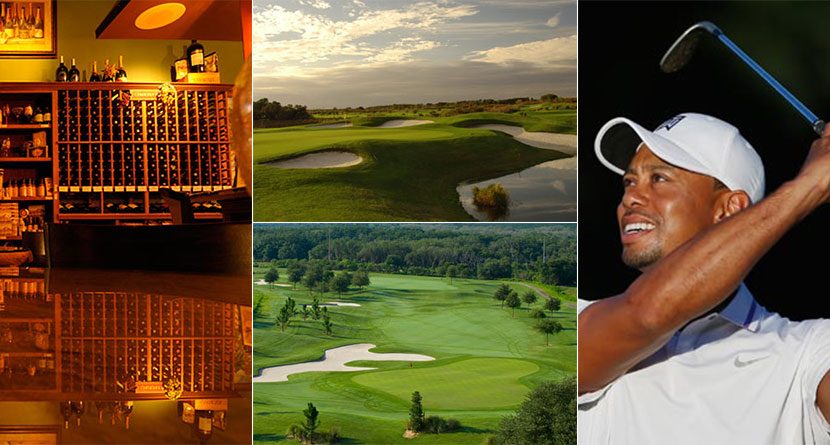 Welcome to Tour Stops, Back9Network’s in-depth look at the best restaurants, bars, events and more at each PGA Tour stop. For outside the rope access to living the golf lifestyle where the pros are, follow Tour Stop throughout the season.

The biggest story of all this week at the Hero World Challenge is the long-awaited return of Tiger Woods. He’s been out of competitive golf since the PGA Championship where he was suffering from a recurring back injury, but after going through a lengthy rehab process, Woods is back.

And with a new partner.

It’ll be Woods’ first tournament since bringing in his new swing consultant, Chris Como. The two were on the range working together earlier this week in preparation for Thursday, where Woods was calling shots and asking Como “high or low cut?”

That’s the Woods we’re used to seeing. He’ll tee off at 12:15 p.m. EST alongside Jason Day on Thursday. The field this week may be small, but it’s not lacking talent. Not even a little. Young guns such as Rickie Fowler, Jordan Spieth and Patrick Reed are among the 18 players at Isleworth, where nine of the top-15 players in the world will tee it up.

That’s half of the field in the top 15, with the rest of the players currently in the top 40. It won’t be easy pickings for Woods to come away with a victory in his first tournament back, but it should make for some great golf.

Some other names in the field include Bubba Watson, Justin Rose, Henrik Stenson, and Keegan Bradley. And if you’re not out following the Woods-Day pairing, the Golf Boys mini-reunion between Fowler and Watson should be fun to watch.

Lou Holtz in the house for the #HeroWorldChallenge Celeb-Am! Think he’ll do commentary during his round? pic.twitter.com/MEZFLSqAqI

If those guys are as good at golf as they are in their respective sports, it’ll turn out to be one of the lowest scoring pro-ams of all time.

Located just two miles away from Isleworth Golf & Country Club, The Vineyard is a wine bar and music venue in Orlando. If you’re in town, you can sample from the bar’s extensive wine cellar, enjoy reds and whites by the glass, bottled beer — and even dabble into the bar’s cigar selection.

For a touch of New York Italiano in central Florida, Bella Tuscany Ristorante Italiano is a great place to eat. A full menu of Italian dishes, lunch and bar options and, of course, a fully-complemented bar make this an ideal place for your group.

Where To Play: Orange County National

There’s no shortage of options for golf in and around Windermere, Fla. If you’re in town, though, here’s the most viable option — and no, you can’t get a tee time at Isleworth this weekend.

Site of the annual PGA Merchandise Show Demo Day, Orange County National is one of the top courses you can play in Orlando and the entire country, having garnered honors from Golf Magazine, GolfWorld and many other publications.

And, although it’s 11 miles away from Isleworth, Orange County National also features lodging — which means you can sneak in a round either before or after your trek over to Isleworth.