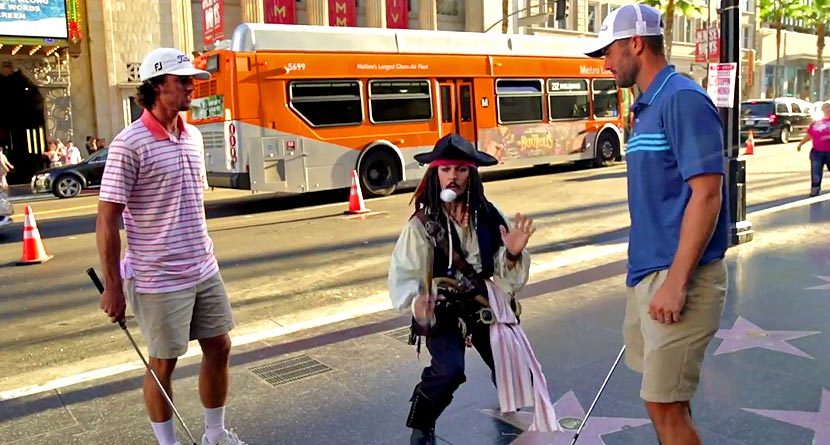 There is absolutely no connection between golf and Captain Jack Sparrow, but him performing trick shots on the Hollywood Walk of Fame is absolutely awesome.

The golf trick shot kings of our time, the Bryan Bros., caught up with Mr. (drunk) Sparrow in Los Angeles where he helped them juggle a golf ball … with his pistol. After successfully doing so, Sparrow did what you’d expect.

In addition to teaming up with Jack Sparrow, the Bryan Bros. also met a few other characters in Hollywood, including a guy with muscles much larger than mine. Unfortunately, he wasn’t much help when it came to actually moving his arms…

It’s too bad they got busted. I would’ve liked to see what other celebrity lookalikes they would’ve run into.

Maybe next time they’ll have to go undercover.