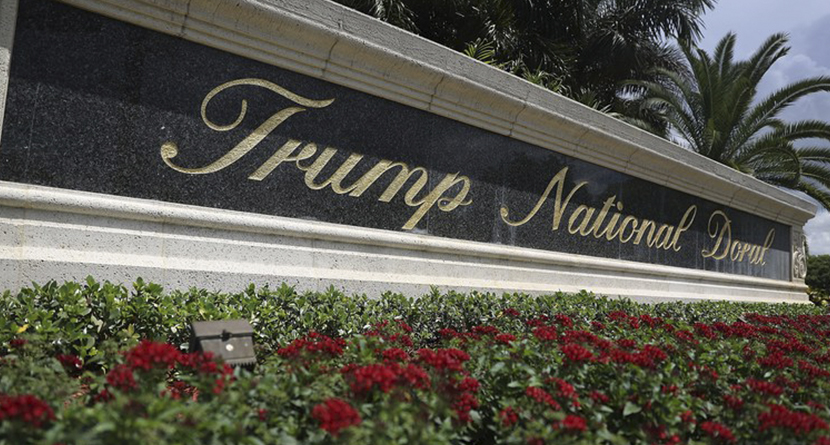 According to the Washington Post, Jonathan Oddi, 42, of Doral began shooting at the resort, pulled a fire alarm and took down the American flag while “yelling anti-Trump rhetoric.”

Police engaged Oddi and shot him in the leg. No guests or employees at the hotel were hurt, but one officer did suffer a broken wrist.

Police continue to investigate the motive and do not know what the gunman’s “long-term intentions” were at the club. The quick action of the Doral and Miami-Dade police departments did stop a potentially deadly attack, according to Perez.

The incident happened at Doral’s luxury hotel, which is part of Trump National Doral Golf Club, which is owned by President Trump purchased in 2012 for $150 million.

Eric Trump, son of the president, tweeted out a thank you to police for their quick action.

A huge thank you to the incredible men and women of the @DoralPolice Department and @MiamiDadePD. Every day they keep our community safe. We are very grateful to you! ??????

Doral hosted a PGA Tour stop from 1962 through 2016 on the Blue Course before the event moved to Mexico City.

While this is the first potentially deadly attack at a Trump-owned resort, there have been a handful of public disturbances since the 2016 election. Trump properties are under stress worldwide from protests and business pressures.

In April, there was red paint splattered across Trump’s Mar-A-Lago Golf Resort sign. Trump-owned Turnberry in Scotland created a controversy in Europe last week when the club banned a soft drink due to it staining carpeting. That decision, made locally, was treated with a stern editorial criticizing the U.S. President for the decision from the national newspaper in Scotland.

Trump properties saw a decrease in income since the inauguration. According to a disclosure from the Office of Government Ethics on Wednesday, all five of Trumps Florida properties saw an income drop since the president’s inauguration. Trumps golf properties brought in $246 million in income last year, per the disclosure. That is flat year-over-year and shows no celebrity bump for him being president.  Trump’s most significant golf investment, in Trump International Golf Links Ireland in Doonberg,  lost about $2.3 million in 2016 according to USA Today.