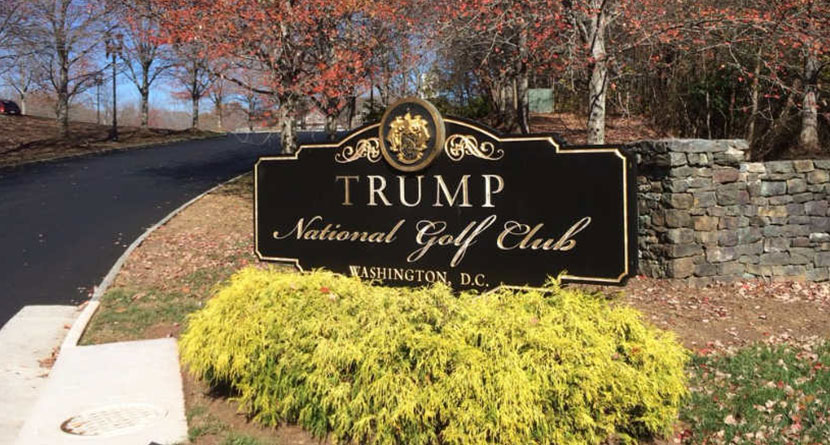 One of Donald Trump’s many golf course’s was the target of vandalism on the eve of election day. According to the report, a fairway at Trump National, located in Sterling, Va., took the brunt of the attack.

The Ashburn Patch has the story:

The fairway at Trump National Golf Course suffered undisclosed damage, according to the Loudoun County Sheriff’s Office, just hours before the Republican candidate’s surprise win in the presidential election.

The damage is being investigated by the Loudoun County Fire Marshall’s Office.

This was not an isolated incident. Since Tuesday’s election, cities across America have held protests after Trump won the electoral vote to become the 45th president of the U.S.