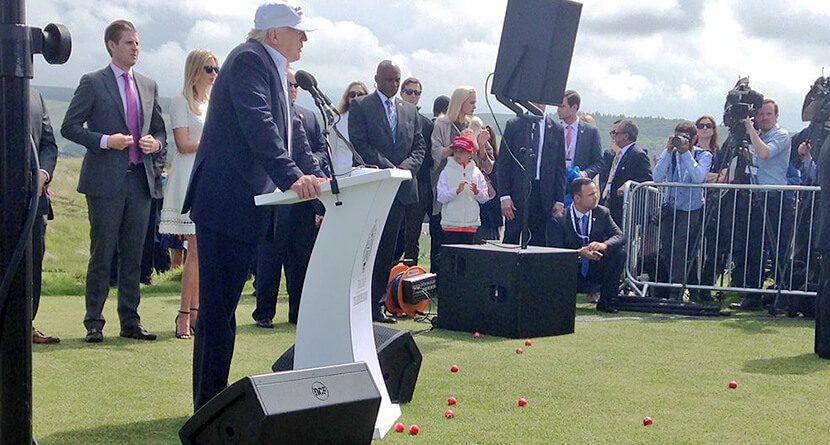 Donald Trump returned to Scotland on Friday to reopen the renovated Trump Turnberry golf course and resort to much fanfare. Despite the relatively apolitical nature of the appearance, the presumptive Republican candidate for President of the United States found himself face-to-face with some protesters and detractors.

British comedian Lee Nelson interrupted Trump’s speech to hand out red golf balls with a swastikas on them.

Sorry for the delay giving out the balls you ordered Mr Trump… pic.twitter.com/7FIem5Npsl