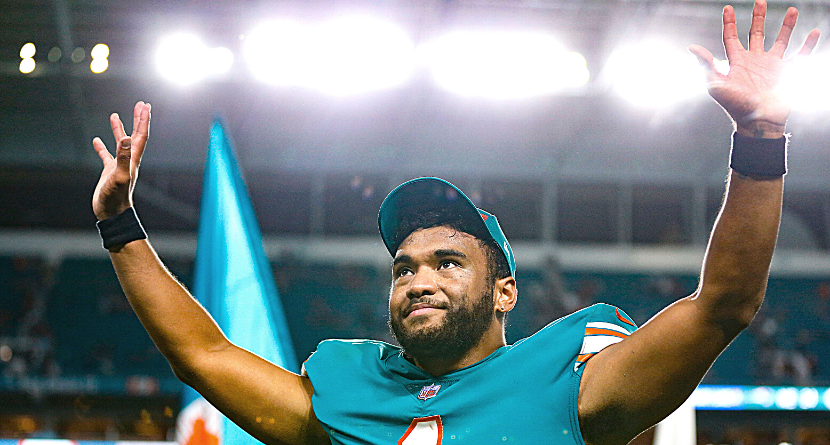 Professional football players technically work once a week, and for only a few hours at that. But the job, we’re so often told, never really stops. When one game ends, preparation for the next one begins. And quarterbacks — the supposed CEO on the field — are held to an even higher standard.

So it’s with all that established that we tip a cap to Dolphins signal-caller Tua Tagovailoa, who will surely be in hot water for allegedly doing something we think is pretty cool: he played golf the day of a game.

Omar says Tua was playing golf on a gameday not during the off-season but gameday … this is insane if true, i hope it’s not. pic.twitter.com/e9X61Oj1QL

Granted, Tagovailoa is facing increased scrutiny in Year 3 of his tenure as the Dolphins’ starter. The team added speedy receiver Tyreek Hill to the mix and figures to push Buffalo for the division crown.