Turner Field Looks Much Better As A Golf Course 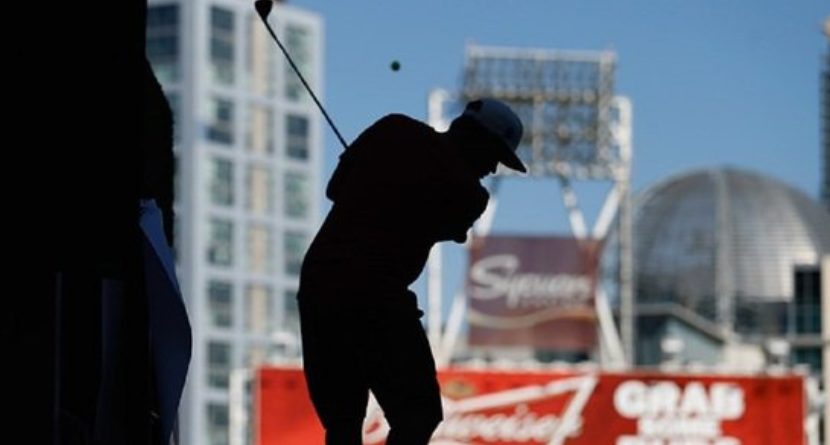 The Atlanta Braves may have had played their last game at Turner Field earlier this month, but that didn’t mean it was closed for good. This past weekend, Stadiumlinks Golf transformed the former MLB venue into one of the coolest 9-hole golf courses you’ve ever seen. Guests hit from nine tee boxes around the stadium to four greens with multiple holes built into the outfield.

General admission was $60 per player and folks signed up in twosomes or foursomes. There was a cash purse of $1,000 awarded to the top three scores and a $100 cash prize awarded for any hole-in-one. Scores were based on proximity to the hole meaning the closer you are, the better. For those that wanted to show off their short game prowess like Phil, there were chipping and putting contests after the round.

Check out this course map! The reaction seemed to be positive. How could it not!

Beautiful morning at Turner Field to play a little golf before work⛳️⚾️ pic.twitter.com/5LCNhmZSgS

Playing golf at turner field right now… not exactly how I imagined playing here but we’ll take it!

Thanks @Braves for a great day and allowing us to say goodbye one final time to the Ted! @StadiumLinks pic.twitter.com/n8AnQmBjMy

The next Stadiumlinks event scheduled will be November 18-20 at Globe Life Park in Dallas, home of the Texas Rangers, which you can register for here. Play ball!