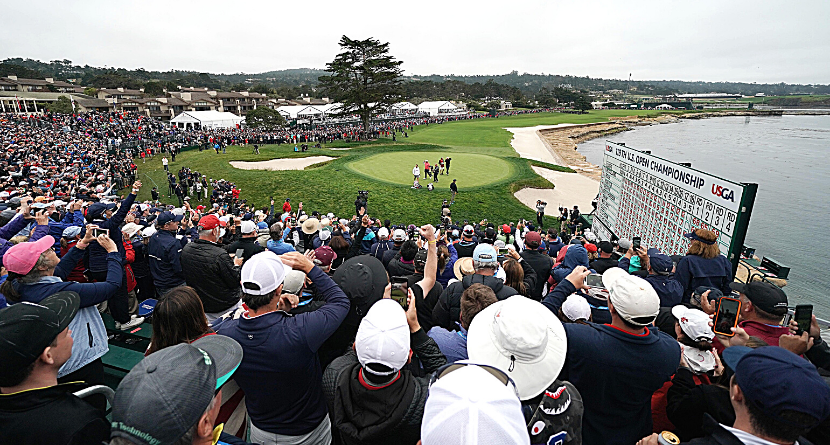 Brooks Koepka won the U.S. Open in 2017 and 2018, becoming the first back-to-back champion since Curtis Strange in 1988-89. Gary Woodland followed up Koepka’s brilliance with a breakthrough win at Pebble Beach in 2019.

And over the course of those three years, a ticket scammer in Pennsylvania got a boost from the inside as he bilked the USGA out of more than a half-million dollars. But the bill on his exploits has come due.

James Bell, 70, of Glenn Mills, Pa., has been sentenced to six months in prison and ordered to pay over $1.2 million in restitution to the USGA for conspiring to sell stolen U.S. Open tickets from 2017-19. His partner in the scheme, former USGA employee Robert Fryer, was separately tried and convicted thanks to Bell’s testimony in a plea deal.

Bell told prosecutors that he procured stolen tickets from Fryer valued at over $300,000 which he then sold off for a profit of nearly $600,000, which he’ll need to repay as a condition of his sentencing. The tickets were sold through what appeared to be a legitimate ticketing agency owned and operated by Bell, Sherry’s Tickets, and distributed to thousands of fans eager to attend the national championship at prices that, as U.S. Attorney Jennifer Williams notes, were indeed “too good to be true.”

Bell’s case was investigated by the FBI. In addition to his prison sentence and the mountain of cash he’ll need to pony up, he faces three years of supervised release.