Value And Price Not The Same In Golf Industry 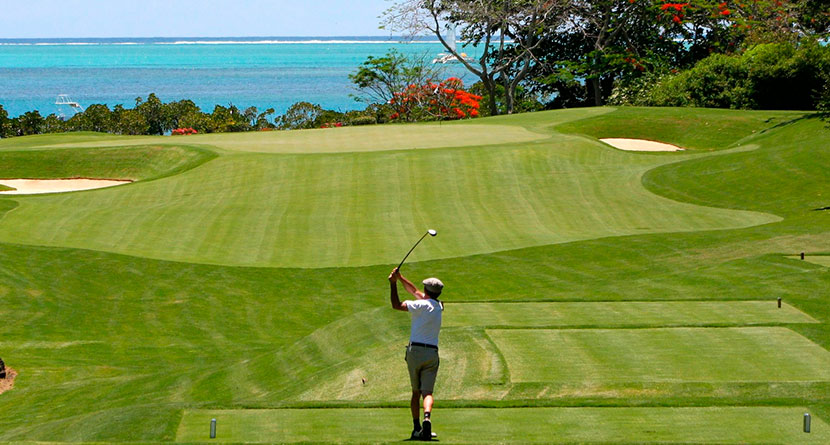 There are a lot of lazy narratives out there, and sports coverage is right in the crosshairs of this phenomenon. In an era of sound bytes, it’s a lot easier to rush to the premature canonization of superstars in team sports than to thoroughly examine the fact that without a strong and deep supporting cast, the magic would be gone.

We want to keep things simple, and I get that. But as a researcher, part of our job is to understand the full picture, and that means digging way past the easy answer.

In golf, one of the longtime lazy narratives, espoused more often by the mainstream press than by golf journalists, has been that the game is suffering from a participation challenge driven by the two popular crutches that cost and the time it takes to play a round of golf are the major inhibitors.

Recall in one of my first columns in this space, I shared details of a favorite in-depth interview that I conducted a number of years ago in San Francisco where, after a respondent provided the crutches of cost and time as rationale for not playing more golf, I challenged him on the fact that he had also made a significant investment of time and money on season tickets for the Giants.

His “there are no guarantees in golf” response was a game-changer in that further probing demonstrated a service inconsistency issue that had until that point been largely overlooked. This individual personified the customer who was getting a more consistent and satisfying experience through his baseball tickets than he was receiving from a day on the golf course, or in taking lessons or buying new equipment.

Looking at the results of our early 2020 golfer omnibus study, I’m apt to take this discussion further, as we observe a continuing trend that shoots a hole in the “cost of the game” crutch. While the peak of the course construction boom certainly skewed too heavily on high-end daily-fee and “championship” courses, we continue to see the average cost of a round of public golf remain at around the same $40 threshold that it has occupied for the past decade-plus.

Compound that with the fact that the more than 5,500 golfers in our study place “the cost of the game” behind “time/life demands” as the greatest barrier for growing participation, and I interpret this as a value issue rather than a cost issue. Unfortunately, it’s easy to confuse the two.

About 10 years ago, when the private club industry was at its low point, we saw many golf facilities immediately turn to rampant discounting as a band-aid to stop the bleeding. Many didn’t recover at all, and as so many other industries have learned, rampant discounting can be a drug that is difficult to wean oneself off of.

If you teach people to wait for a bargain, it’s often difficult to get them to ever come back and pay full price, unless you reassert the value of doing so. Too many facilities just looked to discounting without examining ways to add value to the core product offering.

For those that see cost and value as the same, I offer up the easy illustration in the automotive industry. If we saw all cars as being alike, we’d all be driving Yugos, if they were still being manufactured. Golf facilities may have been slow to catch on to the need to create a differentiated value proposition, but those who did, have experienced a renaissance in driving revenue per round.

For private facilities, value has more recently manifested itself in a litany of non-golf amenities and programming, more creative and responsive forward tee placement and a heightened focus on consistent customer service akin to that at the finest resorts in the world. By recognizing that the competitive set goes beyond other golf facilities to include virtually every form of entertainment and leisure option, it’s easier to uncover the right value proposition for one’s target customers.

The equipment business has also been responsive by recognizing “the segment of one” and incorporating a push towards customization as part of product innovation. Certainly, the emergence and growth of high-end custom fitting studios have helped drive average price points to unprecedented levels.

As I’ve spoken about in previous columns, we see golfers buy into a recognition that technological innovation is continuing to yield better products at the highest levels in decades with entry pricing for new premium drivers breaking through the $500 price point.

That aside, it’s also important to recognize that the definition of value is dynamic, taking on different meanings for different customer types. It may seem contradictory to note that at the same time that we are seeing a continued upward price push for premium equipment, our research is also showing a formidable segment of customers who have embraced pre-owned product, as well as meaningful growth in on-line bargain shopping for cascaded product.

At the facility level, a “private club” can take on many forms and price points, not just the popular “premium” convention. As one who makes a living studying consumer behavior, I’d argue that it’s incumbent to understand what drives that behavior because value is in the eye of the beholder. It isn’t always the lowest price.