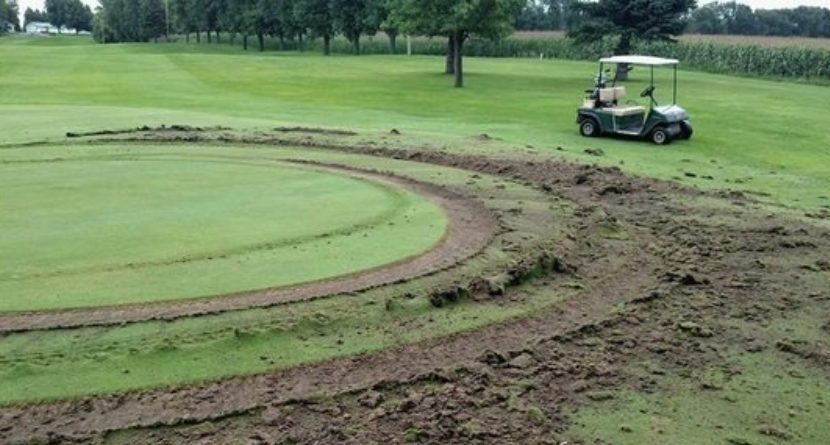 A Minnesota golf course was the victim of the latest act of golf course vandalism. Some genius thought it was a good idea to drive on to the first hole and do donuts in what is believed to be a pick-up truck.

Pictures of the damages are almost not safe for work (NSFW).

Police were called to the Wheaton Golf Course Saturday morning by workers that discovered someone had driven on to the green on hole number one and did donuts, leaving deep ruts in the turf.

The Traverse County Sheriff’s Office posted pictures of the severe damage on its Facebook page, asking for information on who may be responsible. Chief Deputy Greg Forcier says since the post the department has received a handful of tips, three of which contain what he calls ‘good information.’ Traverse County deputies will be following up on the tips Monday afternoon, questioning potential suspects.

Forcier says his investigators believe a pickup-like vehicle was involved, and that they are fairly sure of the brand of tire on the vehicle. The Chief Deputy calls the vandalism “a very unfortunate, thoughtless act.”

Hopefully, the authorities find these idiots. These are the type of people who deserve to be locked up.