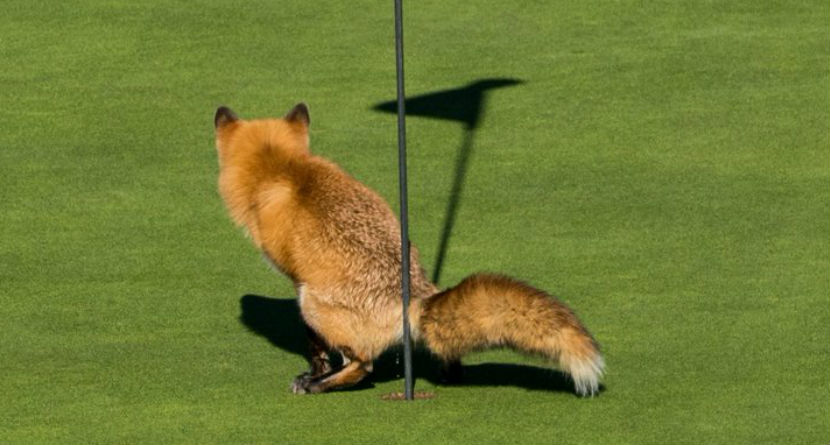 An English golf course has been the target of repeated vandalism, but this time it’s gone too far. Besides damaging property at Ramsey Golf Club, excrement was found in the holes.

The Cambridge News has the foul report:

Vandalism at a Cambridgeshire golf club has been ‘constant for years,’ according to its director.

This comes after police were called to Ramsey Golf Club on Hollow Lane, Ramsey, earlier this month after school holiday vandals left fencing broken, sheds beyond repair and portable toilets overturned. Vandals also left excrement in holes on the green.

Mick Arthur, 71, director of Ramsey Golf Club, said: “It’s been constant for years and years. The police have got a real job stopping it because it’s such a big area.

“We’ve had damage to buildings, sheds, wooden huts – they’ve damaged them beyond repair – so we’ve had to destroy them as a consequence.

“There’s damage to the green, holes in fences – they broke through the reservoir to go swimming. The worst case was finding excrement in holes in the third green.”

Chris Shaw of St Ives Police Station confirmed that the golf course is a “regular target” for vandalism and criminal damage – which often peaks during school holidays, especially the summer.

He added: “Previous incidents have included teenagers riding their bikes across the greens and damaging the surfaces, a wooden rain shelter being kicked and vandalized, and wire fencing being cut, presumably so that the culprits could get through to the reservoir beyond for a swim.”