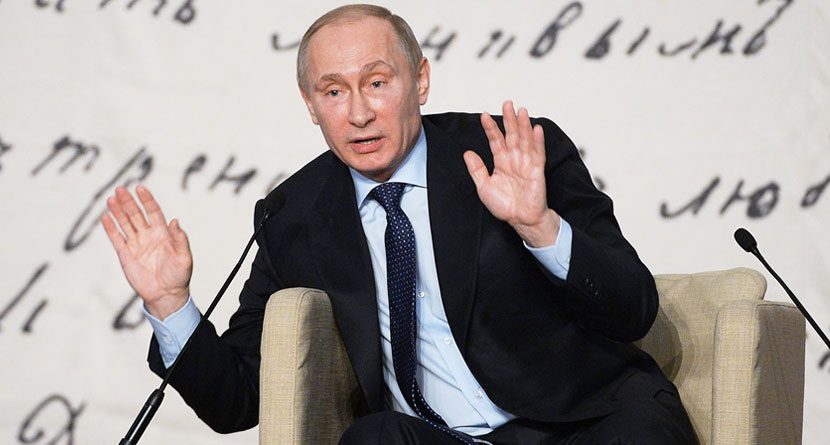 Ebenzer Scrooge is alive and well, and he lives in Russia. Russian President Vladimir Putin has cancelled Christmas for people involved in the project to organize the upcoming Olympic Games in Sochi. That includes roughly 95,000 workers who won’t be having a holly, jolly Christmas.

“The final stage in such a massive undertaking is always difficult,” Putin said in a meeting with fellow haters of all things fun. “A lot has been done, but it’s still a long way from perfection… [there is] still work to be done.”

Putin is expecting workers to hold off all holiday plans – including New Years – until after the Paralympic Games, which ends in mid-March.

“We have the new year and Christmas holidays ahead of us. I’d like to say, I think it should be clear that for you, new year’s will come… on March 18 [the last day of the Paralympics]. For you and for everyone who is working on the Olympic venues,” he said.

Other Hot Links:
– TV Preview: Back9Network Original Programming
– Lindsey Vonn Is Back On Skis, Feeling Good
– Does It Drive: Playstation 4 vs. Xbox One(Video)