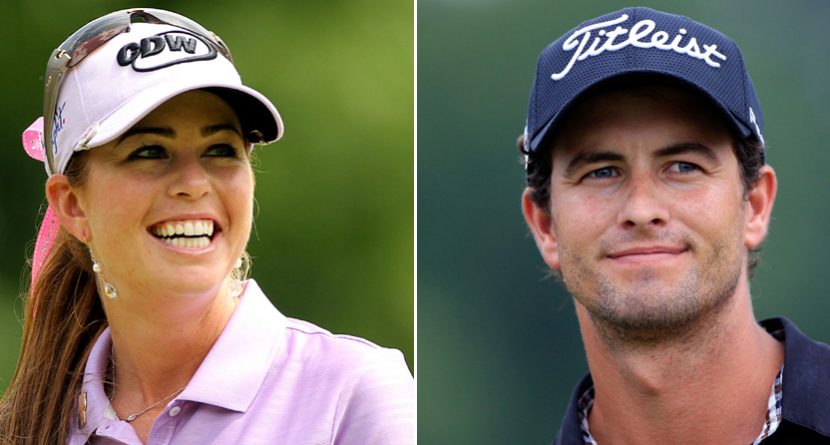 A good year keeps getting better for Adam Scott.

Following his one-stroke victory at The Barclays, the reigning Masters champ jumped squarely into the Player of the Year discussion. One or two more wins in the FedExCup playoffs might lock that sucker up.

That would make him the world’s best golfer, and golf’s sexiest male. Some guys just have it all.

In a poll released Tuesday from Golfmates.com, Scott was selected as the PGA Tour’s sexiest player. The online dating website for single golfers polled users in the 18-55+ age range from July 15-Aug. 15, and revealed that Scott collected 58 percent of the vote from men, and 50 percent from women.

Those single golfers were also asked to declare the sexiest player on the LPGA Tour, and again the male and female voters agreed. Paula Creamer took 43 percent of the men’s vote and 56 percent of the women’s vote.

Creamer hasn’t seen the same rate of success on the golf course as Scott of late, but the American still comes in at No. 11 in the latest women’s world rankings. The Aussie is No. 2 in the world among the men.

Unfortunately for Fowler, this poll was conducted before his latest alter ego took over the internet. Had all these single golfers seen the skills of Dick Fowler P.I., surely he’d have given Scott more of run for his money. Aviator sunglasses and 1970s mustaches have that affect.

Here are the complete poll results:

Who do you think is the sexiest golfer of the LPGA?

Who do you think is the sexiest golfer of the PGA?