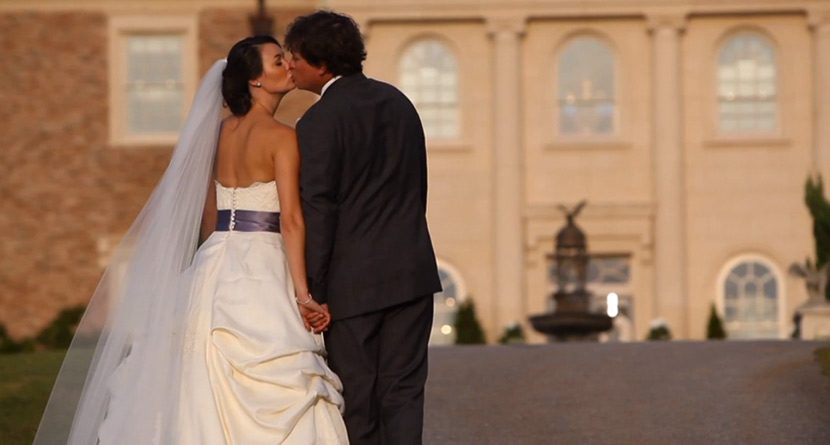 Less than a week ago, Dufner took home his first major championship victory by winning the 2013 PGA Championship at Oak Hill. The world was treated to a memorable moment as Dufner embraced every part of his wife, Amanda, on the putting green, much to the delight of social media and the television audience. A few days later, Amanda snapped an intimate Instagram photo of Dufner and the Wannamaker Trophy lying in bed together. Shortly thereafter, Dufner tweeted out a photo of the two biggest additions to his household: the trophy, and his adorable new puppy “Louie”.

However, perhaps the best moment of Dufner’s season came back in May 2013 when he and Amanda tied the proverbial knot. Thanks to Kyle Porter of CBS Sports, we all have the opportunity to share in the couples’ moment as we reminisce on true love, Dufner smirks and a big ol’ slap of wedding cake right in the kisser.