Way Overboard: Golfer Tosses Clubs Off Boat After Bad Round 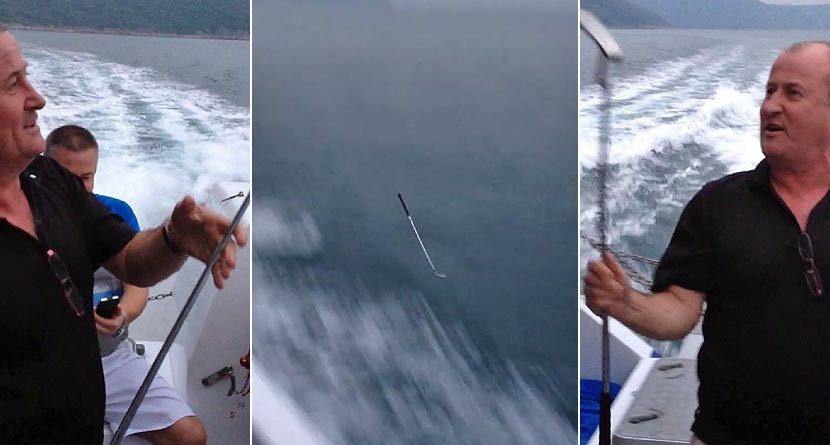 Everyone has a bad day on the course at some point — it’s just a part of the game. It’s not easy to deal with, but we move past it and learn to accept defeat. Well … most of us, at least.

There are a select few individuals out there who have a hard time realizing that golf is hard and the clubs aren’t always to blame. Those people take their frustration out on their sticks, in what are usually regretful actions.

The golfer in this video didn’t take the traditional route in getting rid of his clubs. He went overboard (pun intended). After a bad round at Kau Sai Chau golf course in Hong Kong, he decided to toss his clubs off the boat — one by one:

I’ll give this guy credit with being creative. I have never seen someone toss his clubs off of a moving boat before, but it was quite enjoyable to watch.

At least he saved his putter for crazy golf, which is Great Britain’s version of mini golf. And yes, the World Crazy Golf Championship is really a thing.

On the opposite side of the spectrum, there was a golfer who left China extremely happy: Bubba Watson. I’d bet big money that he didn’t throw his clubs off the plane on his flight home. Those very clubs won him $1.4 million.