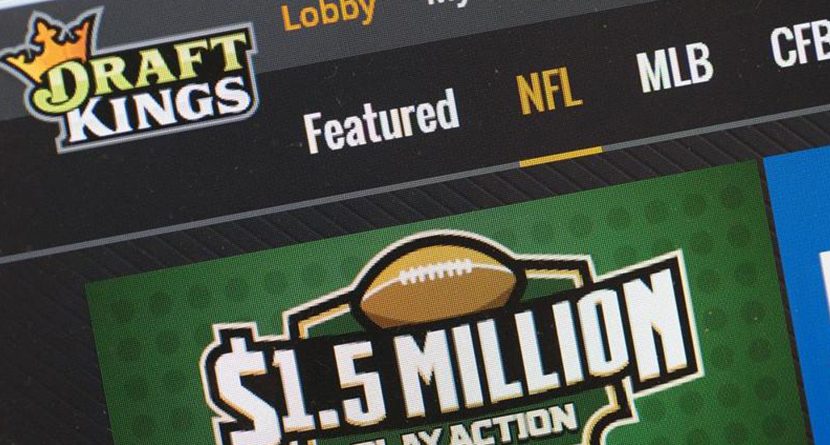 What do you think is going to happen with daily fantasy sports? DraftKings and ESPN cut ties so DK could use its money in legal fees.

ESPN has gotten out early from an exclusive advertising relationship with daily fantasy sports company DraftKings, Yahoo Finance has confirmed from multiple sources close to the situation.

As part of the ESPN deal, DraftKings reportedly had to commit upwards of $200 million per year in ad spend on the network. DraftKings is devoting a lot of money to fighting legal battles right now, which makes it likely that DraftKings was the one looking to get out of the commitment, and that ESPN obliged. (Y! Finance)

Speaking of legal fees, did you see that lawyer fees are now charging upwards of $1,500 per hour?

The day of the $1,500-an-hour lawyer has arrived. Partners at some of the nation’s top law firms are approaching—and, in a few cases, surpassing—that watershed billing rate, making the $1,000-an-hour legal fees that once seemed so steep look quaint by comparison. (WSJ)

Yahoo will provide live featured hole coverage during early rounds of the AT&T Pebble Beach Pro-Am (play begins Thursday at 11 a.m. ET/8 PT) and upcoming tournaments such as The Players Championship and the FedExCup Playoffs. In addition to early round live coverage, usually Thursdays and Fridays, Yahoo will have other PGA Tour content daily. (USA Today) What’s going on with the markets? Seems like there is uncertainty and turmoil all over the place.

Rising volatility this year in stocks, bonds, currencies and commodities has left investors scrambling to figure out what’s going on. Markets in Asia and Europe were again shaken Thursday. Shares in Hong Kong fell sharply when the market reopened after an extended holiday. The Hang Seng Index was down 4% in early trading.

China’s main stock market in Shanghai remained closed for the Lunar New Year, prompting fears stocks could tumble when it reopens Monday as investors digest recent market events. Stocks fell sharply in Europe, too, with banking shares suffering the steepest declines. The falls in Asia and Europe followed the fourth consecutive day of losses for major indexes in the U.S. On Wednesday, Federal Reserve Chairwoman Janet Yellen flagged risks to the economic outlook that could delay the central bank’s plans for raising interest rates. (WSJ)

More bad news for DraftKings and DFS as a whole. Did you see that Fox cut its valuation of the company by 60 percent?

Twenty-First Century Fox Inc. has marked down the value of its $160 million investment in DraftKings Inc. by about 60 percent amid increasing challenges to the legality of daily fantasy sports contests.

In a filing Monday with the Securities and Exchange Commission, the media giant controlled by Rupert Murdoch said it made the decision “based on information concerning DraftKings’ current valuation in a recent financing transaction.” A spokesman declined to provide further details. (Boston Globe)