What If…~The Golf Hole Were Huge? 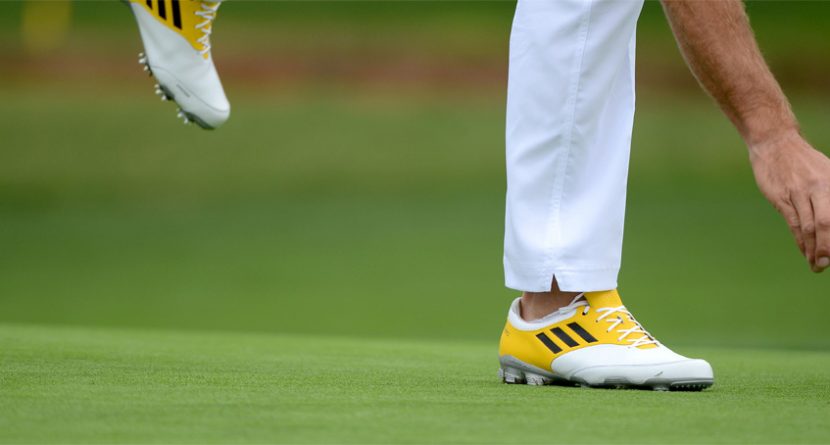 People have often told me that I wouldn’t know my ass from a hole in the ground. But what about the game of golf: would the sport know one hole in the ground from another? That’s a question I consider this week as I propose a change that could improve golf for millions of players—one that, unlike equipment changes, would cost almost nothing to implement.

I want to do something that others (including Jack Nicklaus) have only dabbled in: I want to change the size of the golf hole. And not by a little—I want to make it 12 inches across, about three times the width of the current hole. Golf purists would gasp (although they already spend their whole lives gasping), but to me the benefits are plentiful.

The pace of play increases dramatically.

The name of the modern amateur game should be changed to “waiting,” since that’s all you do during the average weekend round. Recently, I played a round where it took us four hours to play 13 holes. Maddening. But widening the cup to a full foot would speed up play considerably and have the added benefit of lowering my blood pressure.

Right now you’re probably scoffing at this idea and shouting, “What about the importance of the short game!?”

First, stop shouting at your computer and/or mobile device.

Second, widening the cup could actually reward a superior short game by making long putts and accurate chip shots more meaningful. How often have you hit a 40-footer to three feet and then missed the putt? You end up muttering, “Any hacker can miss a 4-footer, I just hit a perfect shot to get here!” This scenario would make that a thing of the past. And opponents who are terrible at sand shots would still be terrible.

Beginners are more drawn to the game.

Golf is one of the few sports that essentially forces you to learn the hardest parts of it right away.

Little kids have trouble hitting pitched baseballs, so voila, teeball was invented. It’s tough to throw something that’s bigger than you are, so we let the gridiron stars of the future start with smaller footballs.

Let’s be honest: between technique, unpredictable lies and the slope of the green, the short game is the hardest part of golf to master. So widening the cup would take some of the edge off—and more people playing means there’d be more cool courses for everyone to enjoy.

Don’t worry, this new version of golf, “Huge Hole,” would only be available at select courses in the beginning. (And the name needs a little work.) So you’d be free to torture yourself with the current version of the game. But any course that wants to increase revenue could try it, and it’d give players the opportunity to yell, “Get in the huge hole!” with reckless abandon.

This needs to happen. This is golf’s equivalent of lowering your driveway basketball hoop to 7 feet, putting a trampoline in front of it and letting ‘er rip. And I don’t know about you, but I think dunking is pretty damn fun.