What Would You Shoot At Augusta National Golf Club? 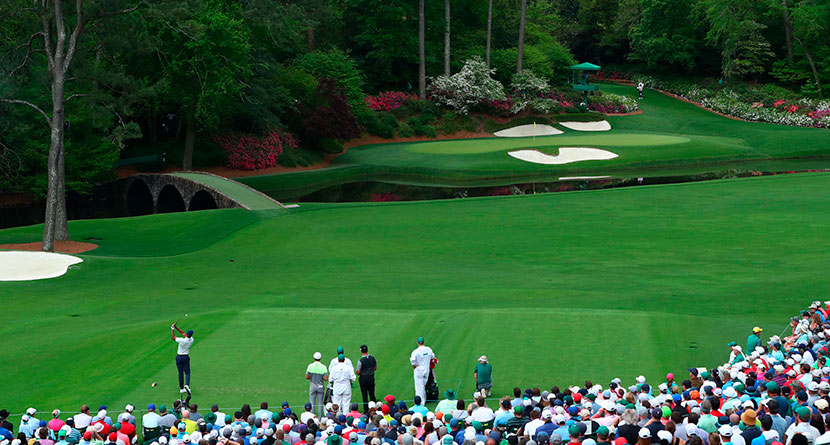 Most golfers will only get to play Augusta National Golf Club, home of The Masters, in their heads.

Of course, during that hypothetical round, every drive goes straight, every iron shot is painting the flagstick and every putt is center-cut. However, golfers know all too well that the reality of what you think is going to happen and what actually happens.

With that in mind, Golf.com enlisted the opinions of more than 60 of their course raters, folks who travel and play the best courses in the world and report back in order to fill out Golf’s Top 100 Courses in the World rankings, to predict how golfers of various skill levels would perform on the Georgia jewel.

Among the raters are renowned golf course architects, former Tour pros, USGA executives, media personality and more. In honor of (what was supposed to be) Masters week, Golf.com asked its raters how golfers of varying skill levels would play at Augusta National on a Masters Sunday tournament setup.

Keep in mind, Augusta National has forbidden the Georgia State Golf Association from rating the course on a USGA course rating and slope scale, but GolfDigest.com took a stab at it anyway, placing the numbers at 78.1/137.

On a Masters Sunday tournament setup, in calm, dry conditions, what would a scratch golfer shoot from the tournament tees?

“Given the length of the course, the firmness and speed of the greens, and the tightness of the hole locations, par would be a great score on any hole for even a scratch player,” a rater who predicted a scratch golfer would shoot a score between 80 and 85. “The better player would also make a double or two attempting to get cute on a short-sided chip shot.”

What would an Average Joe bogey golfer shoot from the same setup?

“The speed of the greens and the amount of movement around the hole on short putts would make it difficult for the bogey golfer to score well,” a rater predicting the bogey golfer would shoot between 100-110 said. “It would also play 1,000 yards longer than anything that they are accustomed to playing.”

Taking it a step further a few years back, Golf Digest Contributing Editor Dean Knuth, the USGA’s Senior Director of Handicapping for 16 years and the man who invented the Course Rating and Slope system, took stock of how the game’s top amateurs — players who competed in the Masters and who hold USGA-sanctioned handicaps — performed in tournament conditions to give you an idea of what every level of player would fire.

Take a look at where you stand, and adjust the hypothetical rounds in your head accordingly. Or don’t, and just shoot 65 and win the green jacket.