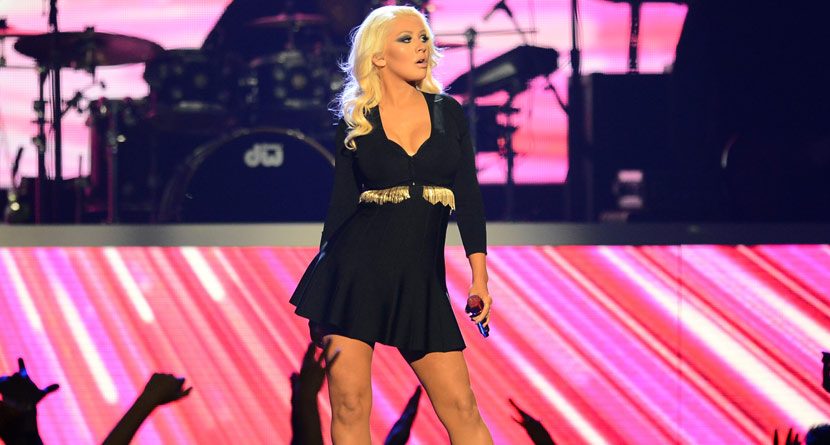 If you didn’t see Christina Aguilera’s performance at the Billboard Music Awards Sunday night—stop everything you’re doing and watch it now on YouTube. She looks amazing! She’s lost 20 pounds and has been working out hard with her trainer almost every day.

So now that Christina is back to being a hot mama…. who could be her steamy companion? Sorry Matthew Rutler… we like to keep things interesting here at Back9.

There are some pro golfers who come to mind who I think would make a terrific twosome with Xtina:

Camilo Villegas: Both have roots in South America. He could be her hot Latin lova… plus he’s only 5-foot-9, so she would be perfect for him at 5-2.

Sergio Garcia: He’s brash and outspoken just like Christina. Plus he’s been taking a beating lately in the media so he needs some good PR.

Rickie Fowler: He’s kind of a bad boy—but not in a creepy, John Daly kind of way. He’s a musician; hey, he even has his own band! The Golf Boys, remember? Plus, he knows what it’s like to be on Tour all the time and to be a role model to kids. Speaking of which, Christina—don’t worry—we’ve forgotten about that whole dirty, leather bondage, skunk hair thing back in 2002. We’ve moved on. Even though there’s less of you now, we love you more than ever.

Next Page: Tiger On Making Up With Sergio: ‘No’