What’s Hot: Golfers Who Ball Out 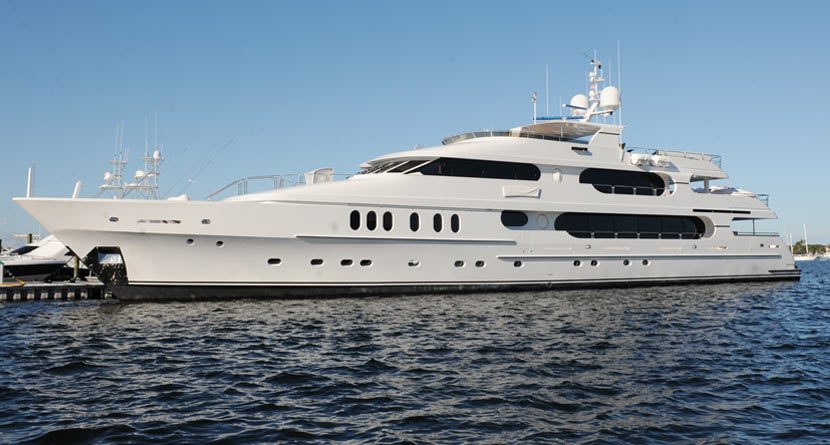 Previous Page: The 9′s – Showing The Love & Showing Off

When Rob Lowe’s kids ask him who Liberace was, he says, “Liberace invented bling.” Couldn’t have said it better myself. And now a movie about the Glittered One has just become ratings gold for HBO. “Behind the Candelabra” brought in the highest ratings HBO’s seen in nine years!

Liberace’s life on stage and off was a three-ring circus — and that makes me think of a few golfers who take the high life to another level.

What’s Hot this week? Golfers who BALL OUT!

Why spend so much time finding privacy when you can BUY it? That’s what my man Tiger Woods did when he bought his $20 million luxury yacht named — yes — Privacy. Add that to the collection of his $55 million home in Jupiter with a dock and its own pitch-and-putt golf course. Not to mention his private jet, which he boarded to fly over to Switzerland after his girl Lindsey Vonn hurt her knee skiing.

Bubba Watson likes his toys. How about his $500,000 Swiss Richard Mille watch that he wore when he won the Masters? Or that sick BW1 Hovercraft Golf Cart that Oakley hooked up for him? BUT WAIT! There’s more. Last year he dropped $110,000 on the General Lee car during an auction!

Ian Poulter has been called the P. Diddy of golf. He’s got his own fashion line IJP. Ferrari delivered its first custom-made Ferrari FF to him. He’s also got a Bentley Continental GT. And he’s always on Twitter telling everyone how awesome he is. #I’mrich.

Finally when you’re talking about living La Vida Loca, you can’t leave out Walter Hagen. He was famous for saying “I never wanted to be a millionaire. I only wanted to live like one.” And boy did he ever. He stayed at the best hotels. Threw the best parties. In 1922, when he won the British Open — since professionals weren’t allowed in the clubhouse — he didn’t just go home. Hagen don’t got time for that! Instead, he rolled up in a stretch limo and had his own party with champagne and caviar. You do your thing, Walter.