Where to Watch the Madness Unfold 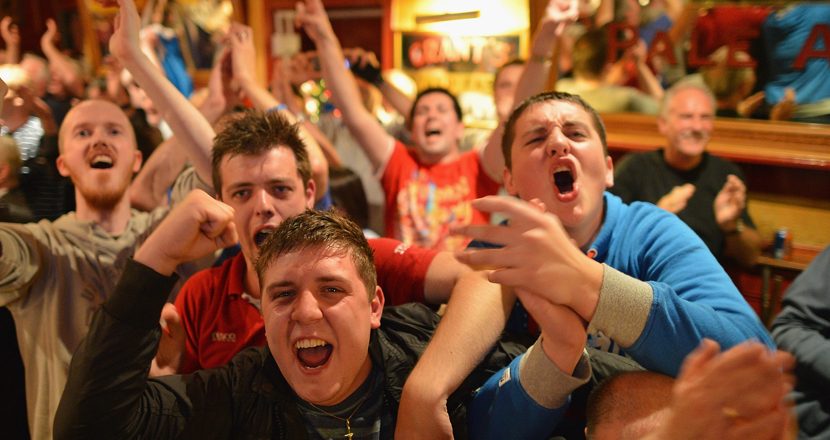 This week is the greatest week of the year.

Specifically, Thursday and Friday are the most exciting two days in sports. Upsets left and right. If you work all day it can be hard to catch all the action, but all hope is not lost. One option to catch some of the afternoon action is to simply take a long lunch. Make up some excuse about going on an extended “business” lunch. In reality, make your way to the corner bar and watch an hour or two (or three or four) of hoops.

The real question here is where do you watch the games once you’ve escaped the office and can make yourself comfortable. Is it your favorite bar? Your basement with your buddies? Maybe you go to Vegas and watch at Stratosphere or whatever your preferred sportsbook is.

In years past this would be much more exciting for people like me who have a vested interest in the tournament. But, being that UConn has been banned from postseason play this season, I’ll be watching this year’s tourney as simply a fan of the hysteria. If you can find the right spot, there’s nothing better than watching hoops at a bar. You’ve got the combination of crazy fans, even crazier action, and of course, booze. Those three things can come together to create an absolutely epic scene. My advice: round up a bunch of people and head to a huge sports bar for the entirety of Thursday and Friday. You won’t regret it. Call a couple cabs ahead of time just to be safe.

The Best Basement You Know

Everybody has that one friend, that one guy who has an absolutely incredible basement mancave: enormous TV, pool table, ping pong, beers on tap. It’s the ideal situation for hoops-watching euphoria. No one has to worry about driving anywhere. You can be as loud as you want. You don’t have to pay for beer. It’s like a beautiful symphony of friendship and sports. This might be a bit of a bias because I’m strangely obsessed with basements. With Your Fanatic Friend

If you have a friend whose favorite team is playing this week, you have to make his/her life an absolute living hell. Nonstop berating is the only acceptable treatment of the friend who cares too much. He’s probably that one guy who randomly roots for UCLA even though you all grew up in Connecticut. The best revenge for not having your team playing in the tourney is to make the entire experience as miserable as possible. I already know exactly who this guy is, and I’m looking forward to ruining his day more than I’m looking forward to any of the games.