Who Could Will Ferrell Dress As Next? 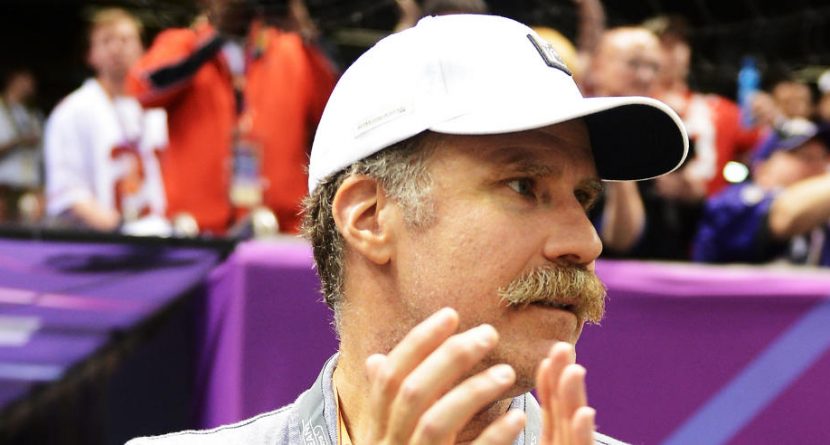 Will Ferrell is a chameleon. One minute, he’s walking through grain fields in the 200th-ranked media market in spots for Old Milwaukee. The next, he’s dressed up as an usher in full-on attire at Staples Center while he takes in a Los Angeles Lakers game.

What can’t this guy do? (Secondarily, how does he have so much time on his hands?)

We have some golf-related suggestions for Ferrell’s next stunt.

1. Serve as Tiger Woods’ security at a PGA Tour stop.

You may or may not know this, but Tiger Woods has a special security detail when he plays PGA Tour events. Frankly, he needs it. I was there for the hot-dog throwing incident of 2011 at the Frys.com Open. It was ugly. But what if Woods and Ferrell (and a third, unknown man) get in on a plot to reprise a similar stunt, with Ferrell going all “The Bodyguard” and shielding Tiger from danger?

2. Stroll up to the 16th tee at TPC Scottsdale during the Waste Management Phoenix Open

In a field of 156 players, it is tough sometimes to distinguish between one pro and another. There are just too many. So what trouble would it be (other than a certain disqualification) for Ferrell to commandeer a player, his outfit, caddie and clubs, walk through the tunnel to the 16th tee and play the hole.

3. Wear a green jacket around Augusta National during the Masters

This is a clear no-no for every patron at the Masters, comedy mastermind or not, but if anyone could pull off the look, it would be Will Ferrell. He looks successful, could snag a jacket from Green Jacket Auctions and saunter around the grounds for at least five minutes in costume before being asked never to return.