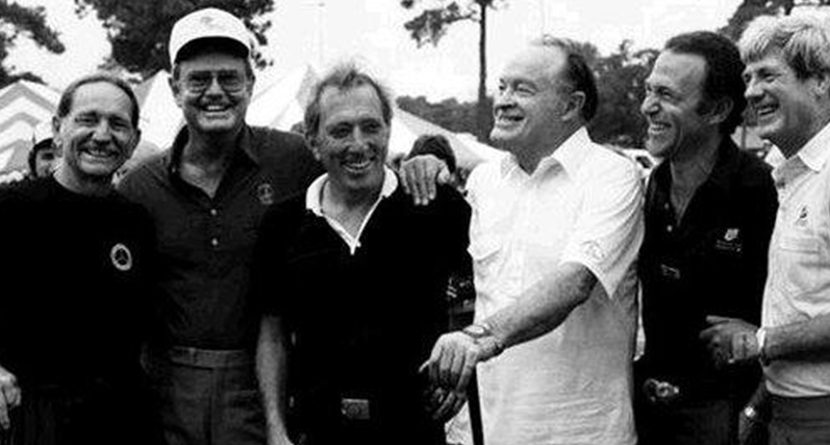 Any good husband and wife team will tell you that marriage is about compromise. That is, except when the compromise is one-sided and denies you membership to Augusta National. While most of us will never have to worry about having that fight with our significant others, the same cannot be said for legendary University of Texas football coach Darrell Royal and his wife, Edith.

Coach Royal was a regular guest at Augusta National most often with his good friend and fellow football coach, Frank Broyles. Broyles accepted membership to the club and still attends the Masters annually at age 91. Royal, who died in 2012, never got to don a member’s green jacket.

“He loved it,” Edith said Wednesday. “He thought that was the greatest place he’d ever been.”

And he might have gone even more, but for a change of heart. Royal, it seems, turned down a membership invitation to Augusta.

Well, actually, Edith turned it down for him because she didn’t think they could afford the trips there. Royal didn’t know he’d even been extended an invite until years later in the 1980s.

“He wanted to kill me when he found out I turned it down,” Edith said, laughing at the recollection.

Which is exactly why she didn’t tell him immediately.

Augusta National famously doesn’t invite just anyone and it can be assumed that once you’ve been invited and said “no, thanks,” that a follow-up invitation won’t be quickly sent.

And the story gets worse. Royal’s wife’s reasoning for not joining was that she didn’t believe the family could afford a membership to a club four states away. That is a fair concern until you realize that they weren’t going to have to foot the bill.

The offer to join was first brought to Edith’s attention by Dallas car dealer Finley Ewing, a prominent Texas grad and close friend of the Royals. He and several pals had volunteered to pick up the price of the Augusta membership and annual dues.

“That’s true,” said Ewing’s son, Fin, who is the playoff committee chairman for the Cotton Bowl. “Edith would know. I do remember Dad and a couple of other guys were going to pay for Darrell’s membership. At some point, Darrell was probably a scratch golfer.”

Now Augusta National is the ultimate stickler for privacy and never reveals the identities of its membership. It’s safe to say Royal remains part of another exclusive group: Those who said no to Augusta.