Will Ferrell Gets Rory McIlroy Into ‘Anchorman 2’ Premiere 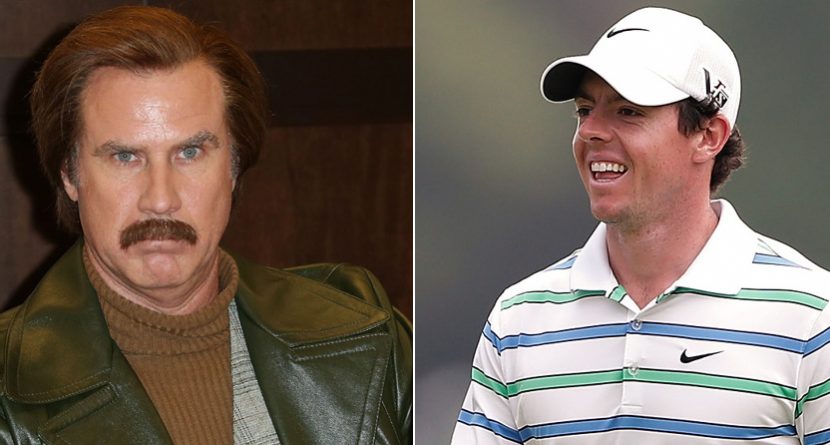 Rory McIlroy jetted across the Pacific over the weekend in advance of this week’s Australian Open in Sydney, where he’ll compete for the second-to-last time this year. Believe it or not, the world’s sixth-ranked golfer was not the most famous person on the plane.

Sydney here I come! My @Bose QC20’s to help me enjoy the flight along with Will Ferrell in the seat next to me!! … http://t.co/DS8NmvBuU1

That chance (well, it probably wasn’t by chance) encounter with Ferrell led to McIlroy attending the “Anchorman 2” world premiere.

Great to be back in Sydney! Was here with @CaroWozniacki earlier this year and loved it! #Anchorman2 premiere tonight! #cantwait

McIlroy later told Golf Australia that he didn’t chat much with Ferrell. Many of the folks on the plane caught up on sleep:

That’s a shame because Ferrell’s quite the golf aficionado. He once accepted an award on Tiger Woods’ behalf:

And recreated one of Phil Mickelson’s greatest moments:

As told to Golf.com, here are some of Ferrell’s favorite things about golf:

If there’s one man who needs to make a golf movie, it’s Will Ferrell. Meantime, “Anchorman 2” looks pretty good: