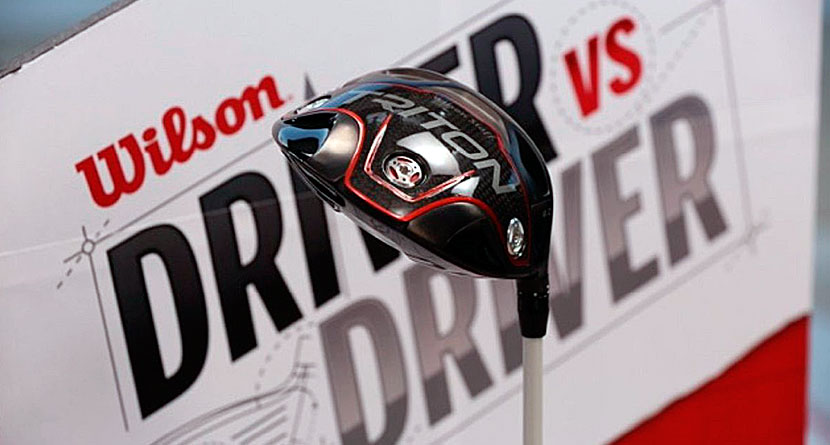 The Wilson Triton driver, the winner of Golf Channel’s aptly-named reality series “Driver vs. Driver,” has been on sale since Black Friday, Nov. 25. However, the USGA has deemed all but one version of the club — the one used by Tour pros, which was not available at retail — to be nonconforming under the Rules of Golf.

Golfweek.com’s Martin Kaufman delved deeper into what caused the Triton to be kept off the conforming list, and when a conforming version would be available to the public.

“The Wilson Staff Triton DVD with the 9-degree loft is listed on the conforming list,” USGA spokeswoman Janeen Driscoll told Golfweek Monday. “All other submissions of the Triton clubs were determined to be nonconforming to the Rules of Golf.”


Wilson Golf said in a media release Monday that the company is working with the USGA to address the design elements that led to the club being rejected from the conforming list. Wilson said the USGA will review fixes to those elements this week. Wilson also said in the statement that it hopes a modified product could be ruled conforming as early as Monday, Dec. 19.

“We are making modifications and timeline plans with our customers and consumers as we speak,” Wilson Golf president Tim Clarke said.

The USGA would not specify the reason the club was ruled nonconforming. Wilson said there were two problems: an aesthetic issue involving the size of the sole plate and what is deemed a cavity, and the springiness of the face when the adjustable weights are used in a specific configuration with one of two optional soleplates.

Wilson asked retailers “to move the current inventory to the back room until the updates can be completed.”

The letter also said Wilson will provide a dedicated email address for consumers who have purchased the club so that they can return the 12-gram weight, get modified soleplates and receive a dozen Duo golf balls.

Clarke added that Wilson, which had hoped to sell through the product during the holiday season, now plans to relaunch the Triton at January’s PGA Merchandise Show with backing from Golf Channel.