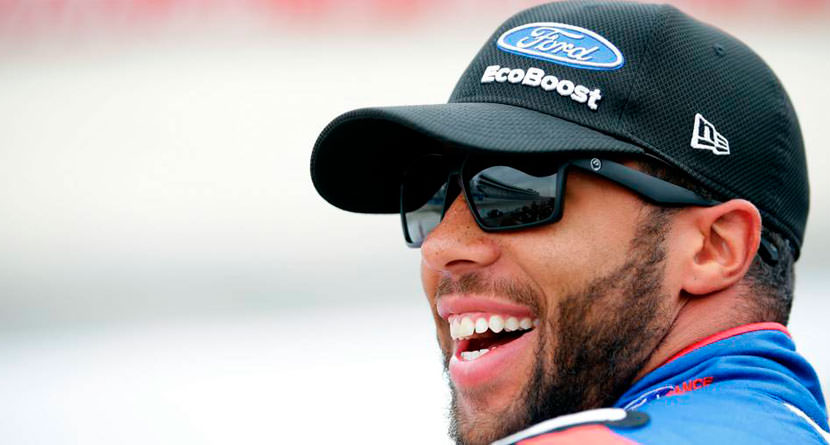 Brent Nottestad, who coached the team at Cambridge High School outside of Madison, stepped down from his post following a meeting with school officials.

Dylan Dethier of Golf.com had the full story.

The Cambridge News and Deerfield Independent first reported that Brent Nottestad, 42, would be stepping down.

“After a meeting between Mr. Nottestad and school district officials this morning, Mr. Nottestad resigned his position with the district, effective immediately. As this is a personnel matter, no other statements or comments will be forthcoming from the school district.”

Cambridge, Wisc. is a town of about 1,500 people located 20 miles east of the capital city of Madison, and has a racing connection: it’s the birthplace of NASCAR driver Matt Kenseth. Nottestad, who has been the Cambridge coach since 2014, posted the tweets in question around 7:30 p.m. Wednesday. They targeted Wallace, who is the lone African-American driver on the NASCAR circuits. Several have since been deleted.

On Wednesday afternoon Wallace Tweeted: “There is only 1 driver from an African American background at the top level of our sport… I am the 1. You’re not gonna stop hearing about ‘the black driver’ for years. Embrace it, accept it and enjoy the journey…”

Nottestad responded: “Will this fella just go away. Can’t drive himself out of an open wet paper bag. Sad to see the sport let this clown with zero ability.”

About 10 minutes later, Nottestad Tweeted again: “Hey @BubbaWallace. Please quit with, ‘I’m black’ bs. You’re terrible. There are 1423 more credible drivers to get that ride than you.”

Nottestad was referring Wallace’s new position as driver of Richard Petty Motorsports’ No. 43 car. But 1423 is commonly associated with the Southern Brotherhood, an Alabama-based white supremacist prison gang. The website adl.org says its members “often use the numeric symbol 14/23, a reference to the ’14 Words’ slogan (“We must secure the existence of our people and a future for white children”) and the “23 Precepts” of the Southern Brotherhood.”

Wallace quote-tweeted the second post, responding directly to Nottestad. “Wow, I feel truly sorry for your kids. Again…to have so much hate towards somebody you’ve never met. Hope your kids grow up to be the exact opposite of a father you are…”

Wow, I feel truly sorry for your kids. Again..to have so much hate towards somebody you’ve never met. Hope your kids grow up to be the exact opposite of a father you are.. https://t.co/yxLhvjjxQ8

Nottestad added a tweet minutes later in response to Wallace’s pinned Tweet, an homage to his late grandmother

Nottestad’s final tweet of the night was attached to a photo of Wallace with a white NASCAR fan. “Almost looks like going to the zoo,” Nottestad posted.

It wasn’t the first occasion that Nottestad had tweeted at Wallace. Responding to a Wallace tweet that read, “Everybody’s got excuses…” Nottestad responded: “What’s yours? Skin color?”

According to the Wisconsin Interscholastic Athletic Association, discipline of coaches is left to individual schools.

Nottestad declined to comment to the local news on Thursday.