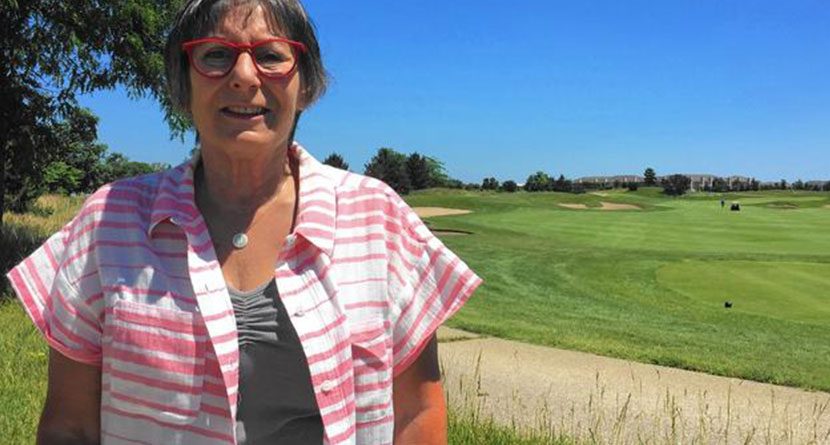 Fore please. Mayta Spitz had enough of the stray golf balls coming from Glenview Golf Club, a local course outside of Chicago. The last straw came when she was driving in her car with the windows down and was struck in the neck by an errant tee shot.

Spitz took her injury and a possible solution to her local district board where she shared her story and concerns.

The Chicago Tribune has the story:


Holding a clear container filled to the top with golf balls, Spitz asked the Park District Board at its July 28 meeting to come up with a plan to avoid similar incidents near the golf course.

Spitz, 65, told the board she was driving on Shermer Road on June 3 near the golf course with her windows down when she said she was hit in the neck by a golf ball.

That same afternoon, Spitz went to Glenbrook Hospital, where she was treated by Bruce Harris, who said Spitz had a red mark on her left collar bone when she came to the hospital. X-rays determined there was no fracture, Spitz said.

“I’m very lucky that I didn’t suffer permanent damage. My chest area was all black and blue for a whole month,” Spitz said.

The proposed solution was to build 2 paddleball courts and raising the berm surrounding the golf course to make it safer. Sptiz said she’d like to see netting and warning signs as well.

This seems like the most logical solution to an amateur golfer problem, plus it is helping the community. The good news is that nobody has been seriously hurt and hopefully, the new developments will keep it that way.