Golfer Injures Ribs In Cow Attack On The Course 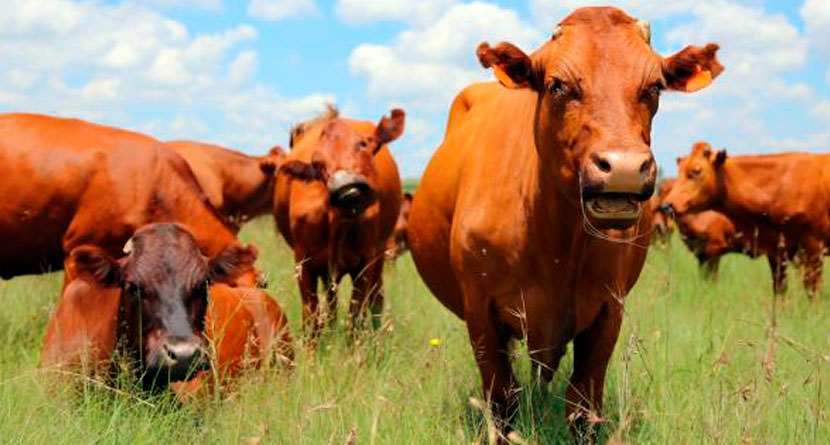 During a normal round of golf, the only thing people need to avoid are water hazards and making bogeys. However, for Pennard Golf Course outside of Swansea in the United Kingdom, the area’s common land law forces golfers to be aware of another kind of hazard: roaming cattle.

Earlier this week, a woman on vacation was attacked by one of those roaming cows in the middle of her round, resulting in some bruised ribs. A BBC report had more details about the incident.

A golfer was charged by a cow while playing on a Gower course, leaving her on the floor in agony.

The incident at Pennard Golf Club left the woman, in her 60s, badly shaken with bruised ribs.

Gower MP Byron Davies called for action to stop cattle straying onto the land, while the Health and Safety Executive (HSE) is investigating.

Club manager Huw Thomas said: “She was lucky, it could have been much more serious.”

Other golfers rushed to the aid of the woman, on holiday from the south of England, who was injured while on the seventh hole with three friends.

Golfer Ian Leyshon said: “They have had problems with wandering cattle for years and you have always got to keep an eye open for them. It is a tremendous golf course with lots of hazards – but straying animals shouldn’t be one of them.”

The incident happened on common land, on which farmers have grazing rights, and cows have long been wandering on to it. However, the HSE said cattle owners have a duty to manage risks.

Mr. Davies said: “I have been dealing with the problem of roaming cattle in Pennard for many years.

“It is a difficult situation as commons rights are ancient going back many centuries. They cannot just be extinguished.”

Swansea council environmental officers are also investigating the attack on the woman who has not been named.