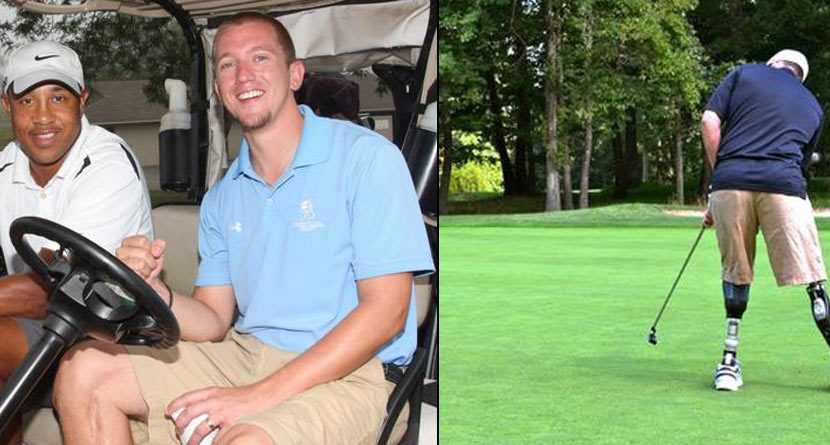 One of the greatest things about the game of golf is the avenue it provides to give back to worthy causes. Everyone wants to help and everyone wants to play golf, making charitable golf outings one of the most rewarding events or fundraisers a company or cause can do.

The World’s Largest Golf Outing is just that — the largest single-day charity golf event in the world. Put on by Billy Casper Golf, a company that owns and operates more than 150 golf facilities in the country, the #WLGO raises money for the Wounded Warrior Project. This year’s event took place on Monday and raised more than $700,000 on its own, and saw more than 10,000 golfers play rounds on more than 120 courses in 28 states.

Casper Golf Chairman and CEO Peter Hill created the event in 2010 and relishes the opportunity to use the company’s resources to help give back to our men and women in uniform.

“The response from the golfing public has been surprisingly overwhelming,” Hill told Bloomberg Business Week. “We’ve hit a chord of passion for individuals who just want to support the brave men and women who protect and preserve our freedom.”

Those participating in the event flooded Twitter with photos and posts about their day on the links to support the cause by using the hashtag #WLGO14:

Awesome to see so many active military at Lincoln Hills today for @wlgo_bcg #WLGO14 pic.twitter.com/y4syp4AdKs

This year’s event also marked the first time that courses outside of Casper Golf hosted rounds for the event. Venues owned by Troon Golf and ClubCorp of America opened up some of their properties to the event — a trend that Hill hopes will continue.

“It’s sort of the base building to expand the offer to hundreds of more courses next year,” Hill said. “We’ve spent the first few years sort of getting the logistics, the brand and some of the promotional and sponsorship parts clear.”

If the success of this year’s event is any indication, next year’s installment of the World’s Largest Golf Outing should be record breaking. For the sake of all those it benefits, let’s hope it is.