Would You Break 200 At TPC Sawgrass? These Guys Couldn’t 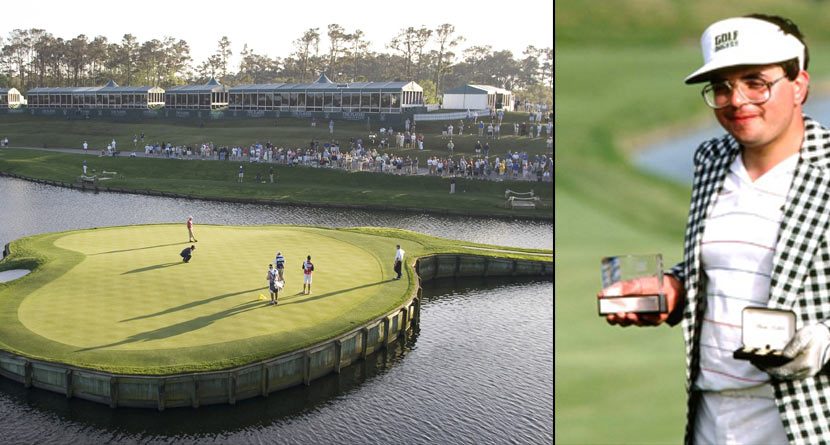 Any time the PGA Tour heads to a place that the public can play, it seems like everyone who has ever teed it up starts to postulate about how they’d fair on that week’s venue. Hacks, duffers and “tour bros” will all say, “Ahhh yeah, I’d probably shoot 85 there,” or “Oh yeah, I’d definitely break 100, no problem.” And if they play with a generous Saturday beer league scoring system, they just may.

Things would be different if they scored every shot, every swing, every penalty and every breakfast ball just like they do on tour.

This week, the tour pros are at TPC Sawgrass, and from this monster-scary course comes two of the most epic tales of amateur golf futility and two guys who spent their afternoons aboard the struggle bus.

The first story came as an entry in Golf Digest’s 2008 search for the worst avid golfer in America.

As the story goes, Ray Walker was playing at TPC Sawgrass with some buddies. They came to the famed island green at the 17th hole and Walker began to hit ball after ball into the water. It must’ve looked like he was trying to fill the lake with golf balls instead of trying to land his ball on the green. According to the article, Walker fired 327 balls into the water before giving up and putting an “X” on his scorecard.

(These are all probably from Ray Walker.)

According to the rules of golf, Walker would’ve been at 655 for the hole had he not picked up. That’s got to be a record for futility, right?

Walker may hold the record (pending Guinness confirmation, of course) for the worst-ever score on a single hole, but that’s nothing compared to what Angelo Spagnolo did at TPC Sawgrass in 1986 when he played the entire course.

As part of Golf Digest’s original search for America’s worst, Spagnolo went head-to-head with the other finalists in the contest in June 1986. He was 104-over-par coming to the 17th, locked in a battle with Jack Pulford for the less-than-coveted title of worst golfer in America.

Spagnolo made a 66 on the 17th hole, solidifying his place in history as the poorest hack the game has seen. He never got a ball over the water, opting instead to play up the left side of the hole with a putter. After reaching the green in 63, Spagnolo three-putted to give him a 63-over-par 66 … on that one hole. To add insult to injury, Spagnolo made 27 on the 18th, giving him a final score of 257.

If you’re interested in reading more about Spagnolo, his round at Sawgrass, and life as the world’s worst golfer, you can pick up his book, “Life’s An Unplayable Lie,” on Amazon.

So … what would you make during a round at Sawgrass?