Yoenis Cespedes Will Golf During the World Series 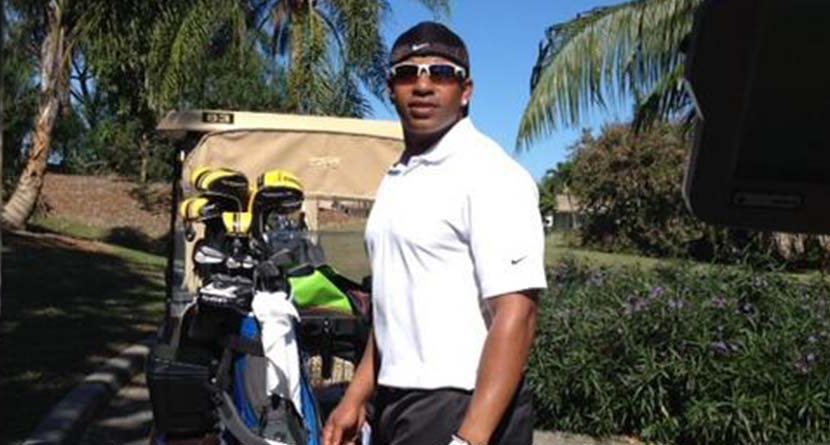 By now, it’s common knowledge that Yo Knows Beisbol, but making it to the World Series won’t stop Yoenis Cespedes from taking part in his other passion: playing golf.

The Mets center fielder is an avid golfer and has hit the links countless times since picking the game up a year and a half ago, including during this year’s playoff run. Baseball players are creatures of habit and while it’s usually pitchers who have a strong affinity for hitting the links, Cepesdes is proof positive that the golf bug can bite any player.

“(Playing golf has) been part of my routine,” Cespedes told ESPN after the Mets clinched a trip to the World Series. “I’ve played all year long, and I played all last year. It actually helps me with my swing.”

Whether or not it helps his swing is for others to debate. What’s not up for discussion, however, is if the Mets clean up hitter will continue to hit the links during the Fall Classic. According to an ESPN report, Cespedes debunked rumors that his golfing was the culprit for a sprained AC joint and confirmed that he would tee it up whenever he could.

Beings that Cespedes and the Mets are playing on their sport’s biggest stage, it only makes sense that he should play his golf on the best courses opposing cities have to offer. During the National League Championship Series against the Chicago Cubs, Cespedes teed it up at Medinah Country Club outside of Chicago, home of the 2012 Ryder Cup and five major championships.

So I guess my uncle decided to golf with yoenis cespedes today #MetsCenterFielder pic.twitter.com/i034NpJEOx

Now facing off against the Kansas City Royals in the World Series, it may be tough for Yo to get course recommendations from KC’s biggest golf export, Tom Watson, since the 8-time major champion is a diehard Royals supporter.

Proud of my @Royals. Playing with TEAM unity, spirit, & 1 purpose….to WIN! We are on to the #WorldSeries again! pic.twitter.com/qTohbPdMY6