You Can Own Bubba Watson’s Pink Driver 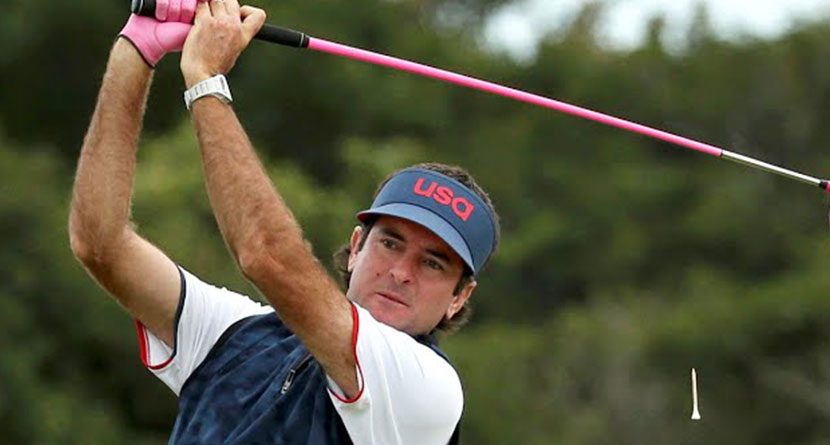 Have you ever wanted to hit your driver like Bubba? Of course you have. Now, even if you can’t bomb it or shape it like the 2-time Masters champ, you can hit the pink driver he does and help out a good cause at the same time.

Pink drivers are back! The pink PING G driver is available for pre-order and benefits the Bubba Watson Foundation. That means we’ll raise over $1M for charity with the pink drivers! Thanks @pingtour! #givingback #pinkdriver (link in profile)

But wait… there’s more! You get the little Bubba headcover, too.

Here’s the announcement from PING.

PING announced today it will sell 6,000 limited-edition pink PING G drivers, similar to the one used by Bubba Watson, and donate $60 to the Bubba Watson Foundation for every pink driver sold. It marks the third time in four years the company has partnered with Watson on the fundraiser, which will now surpass $1 million in donations since its beginning in 2012.

The pink G drivers are available for pre-order today through authorized PING retailers around the world. The driver also comes with Bubba’s “caricature” head cover. The U.S. MSRP for the driver and head cover is $650.

“Bubba’s a creative thinker and his decision to distinguish himself by using a pink driver and shaft helped make this program possible,” said John A. Solheim, PING Chairman & CEO. “I first met him as a teenager and he’s been on our staff since turning professional in 2003. He has a huge heart and continues to use his success in golf to help people in need, especially children. We’re blessed with the opportunity to partner with Bubba and are very grateful to golfers who choose to support this program for the benefit of the Bubba Watson Foundation.”

PING Pro @bubbawatson on his partnership with PING and the limited-edition pink-driver program. Tap the link in our profile for more information!