Your Next SUV Could Be A Bentley 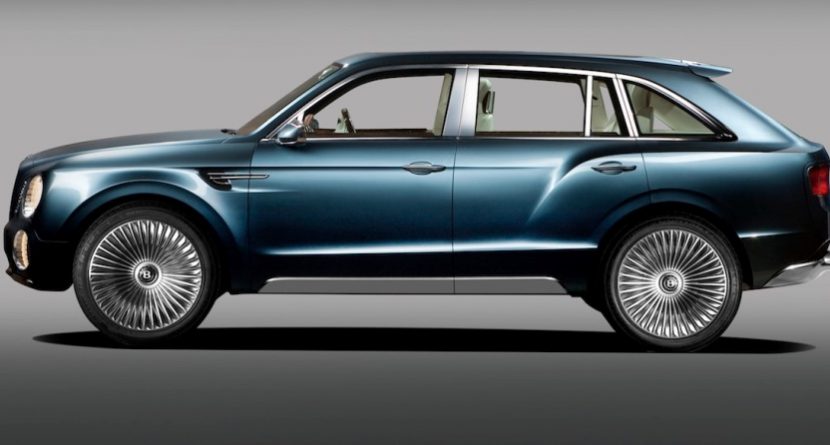 Looking for a high-end SUV to lug around those clubs? And one you won’t see 10 other models of in the golf course parking lot? Bentley is here for you.

Well, it will be here for you in three years. The automaker announced Tuesday that it plans to build “the most luxurious and most powerful SUV on the market,” according to Bentley president Christophe Georges. It will be available in 2016.

Bentley plans to invest more than $1.2 million over the next three years to producing the sport utility vehicle, of which it’ll sell only 3,000 per year at first. It hopes the public demands to increase production from there.

Public demand is the reason for Bentley’s timing. According to Forbes, SUV sales worldwide have jumped 56 percent since 2005, have almost doubled in the U.S. since ’06, and now make up nearly 15 percent of the automobile market.

The SUV will be the first of its kind for Bentley, which makes only three other car models: the Mulsanne, the Flying Spur and the Continental GT. Yet, the company believes the SUV boasts the potential be the best-selling Bentley ever.

Bentley says it conducted research over the last 15 months and found that customers enjoyed the idea of a Bentley SUV. “On this basis, the launch aims to prompt a complete reappraisal of the luxury SUV market.”

A concept model for the Bentley SUV first appeared at the Geneva Motor Show last year, then made other stops in Europe as well as in the U.S. and China. It’s in that latter country that Bentley hopes its SUV thrives.

China is already Bentley’s best market and SUVs are only getting more popular in the world’s most populous nation.