“Zoo,” A Side Game To Keep Things Interesting 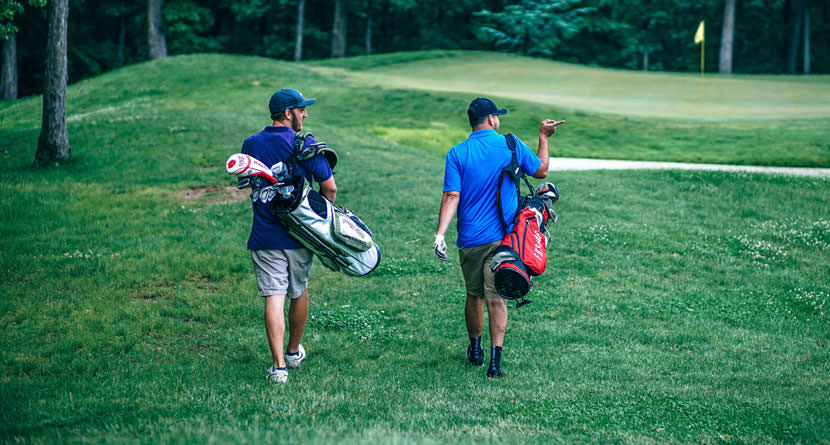 If your regular group consists of a bunch of animals, try playing “Zoo” as a side game and cage some of those unruly personalities.

Zoo is a great side-bet that can add some interest to an otherwise predetermined outcome as the round comes to an end. Players are labeled a specific animal that corresponds to an errant shot or series of shots during the round. Here is a list of the most common:

There are a few variations of this game, but all involve the last player designated as one of the animals to pay out all other players a predetermined amount.

One variation bases the payout on points. Points are accumulated based on how many times the specific animal is designated. For example, if there are seven three-putts during the round, the “Snake” would be worth seven points. If the group decided a point was worth $1, which is the most common, the player that 3-putts last owes all other players $7.

Another variation just sets an amount at the beginning of the round, say each animal is worth $10. In this case, the player that found a bunker last, or closest to the completion of the round, owes all other players $10.

Either way, this game adds some excitement and will bring out some good trash talk coming down the stretch as each animal is identified and others do their best to avoid being the last person to offend any rule. For example, f you were the last player to hit a ball in the water and there is a water hazard within reach of the last tee shot, there’s nothing wrong with bringing that to the rest of the group’s attention before they tee off.

We recommend a separate scorecard — at least a designated line on the card to tally points, if the group wishes to play that way — or to clearly set the amount each animal is worth at the start of the round or when the initial bet takes place.

This side bet is all about fun and unleashing the inner beast each player has. Keep amounts friendly and this will be a game your group will love.