99-Pack Of Beer Is Real And It Looks Fantastic 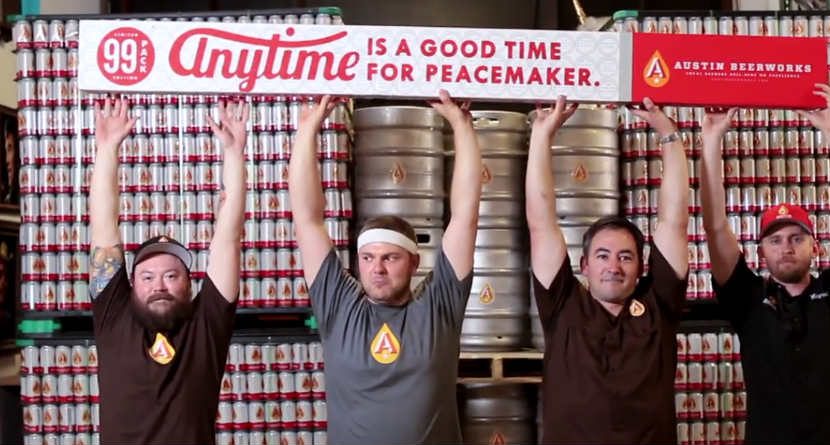 Want to go grab a beer?

That question recently became a bit more involved in Austin, Texas, thanks to an awe-inspiring 99-pack of beer put on the shelves in select stores by Austin Beerworks.

Indeed, beer drinkers can enjoy — responsibly, of course — the seven-foot, 82-pound case of cold beer for $99. The beer is the brewery’s Peacemaker Anytime Ale. The brewery originally designed the pack as a joke but now plans to ship several cases each week.

Now, we know that beer and golf go together like peanut butter and jelly. This case, however, may not necessarily sneak covertly into your bag this weekend at your local muni.