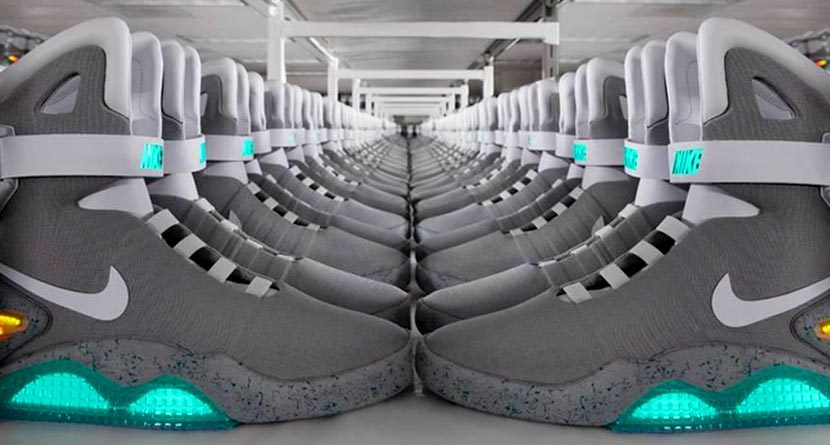 After watching the “Back to the Future” films, we all came away wanting two things in particular: a hoverboard and Marty McFly’s Nike Air MAG sneakers with PowerLaces. We’ve seen the hoverboard (sort of) come to life, but real Air MAGs with Power Laces have yet to hit shelves … until now.

Nike’s designer Tinker Hatfield confirmed that the shoes will be released in 2015 — for real.

Related Link: Back To The Future: The Hoverboard Is Real And It’s Expensive

Although he didn’t give a specific release date, he reminded the crowd at the Agenda Trade Show that there are still “11 and two-thirds months left in 2015.” (Sigh) The Air MAGs had been released via eBay auction back in 2011 when Nike sold 1,500 pairs to benefit the Michael J. Fox Foundation, but those were sans Power Laces. The 2015 edition sounds like the real deal.

How could you not want these things (courtesy of NiceKicks): And in case you forgot how Power Laces work, here’s a video to remind you:

Related Link: Keegan Bradley’s Collection Of Air Jordans Is Larger Than Yours