Beer Pong Robot Challenges You And Your Frat Bros Any Place, Any Time 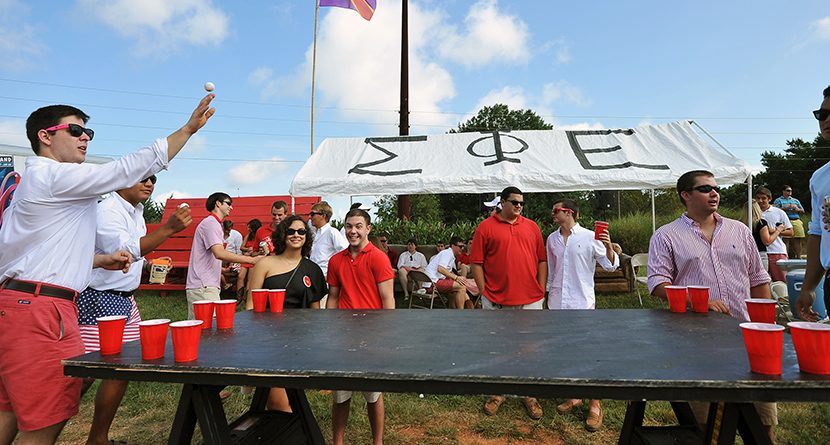 It’s a good thing that New Year’s Eve and holiday get-togethers are over. You now have a full year to train with the hopes of beating this thing:

Yes, ladies and gentlemen, that’s a robotic arm cleaning house at beer pong. The Terminator series predicted the rise of machines. Folks, it may have already started.

According to the firm, this is how it works:

The green ball is filled with a sand like material. When air is pumped into the ball, the ball softens. The ball is then pushed against the target object. Pulling air out of the ball jams the sand like material together, causing the ball to harden. This transition from soft to hard creates the gripping forces.

The ‘Versaball’ is set to present at CES this week and will challenge those brave enough to play it.