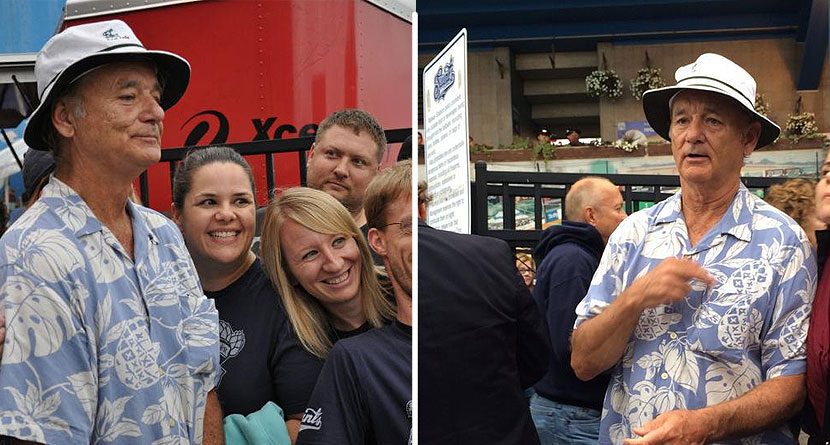 Bill Murray has made a habit of showing up in public randomly and surprising unsuspecting people. We should be so lucky. Really.

Murray’s latest adventure brought him to the site of his lesser-known job as co-owner of the St. Paul Saints, a minor league baseball team.

Related Link: Bill Murray’s Monday Was Better Than Yours

He surprised Saints fans on Thursday night for the team’s final home game at Midway Stadium by working the turnstiles and checking tickets. He also took quite a few photos.

This is so cool, #BillMurray taking tickets at last @StPaulSaints game pic.twitter.com/hypuDRMHKo

Remember that one time Bill Murray was at our last game at Midway. You better believe we know how to throw a party. pic.twitter.com/giwNBQOEXd

Murray also caught the ceremonial first pitch, and he tossed the ball to the crowd after making the catch. Because he’s Bill Murray.

Now that’s what I call an owner. He’d definitely put fans in the seats if he made this his full-time gig.