Bob Barker Is Back… and Fighting People Again 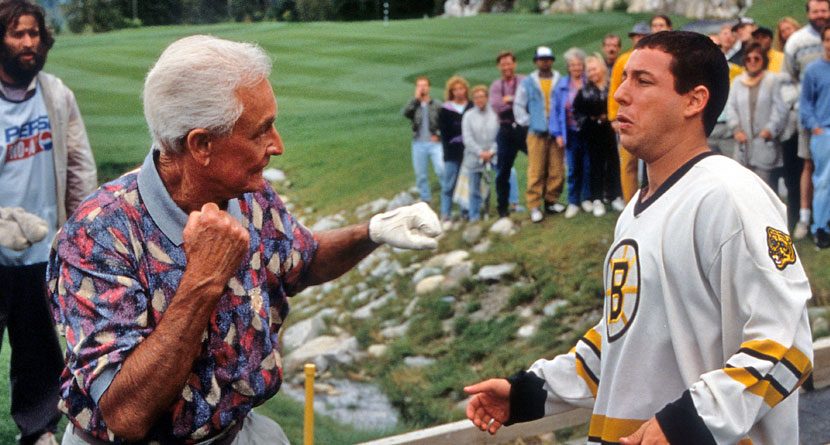 Bob Barker’s fight scene with Adam Sandler in “Happy Gilmore” is one of the most famous and entertaining golf fights ever … not that there’s a lot to choose from. It was a beating for the ages, and one Sandler will likely never forget. (And according to Barker, he could still take Sandler in a fair fight).

Well, it looks like Barker hasn’t given up dishing out knuckle sandwiches just yet. Barker will be recreating the famous fight scene on CBS’ “The Bold and the Beautiful” on Aug. 28.

TV Guide Magazine got an exclusive first look at the fight:

It may not be as epic as his “Happy Gilmore” beat down, but the man can still throw down. Even at 90.

In an interview with TV Guide Magazine, Barker is still taking shots at his co-star. He said fans would always ask, “Could you really whip Adam Sandler?”

He also went on to say he takes “total credit for [Sandler’s] success.”

“He’d made a couple of pictures before ‘Happy Gilmore’ but that’s the one that made him a big star,” Barker said.

I can’t argue with that one. It’s just sad to hear that Sandler doesn’t call Barker to appear in his movies anymore. Here’s hoping for “Happy Gilmore 2.”